Textiles have always been a special interest of mine, particularly ones from past eras. Whangārei Museum holds a number of clothing items that reflect changing styles and fashions throughout the years. This wedding dress from 1938 (2012/16/2a-b) is especially fascinating, coming late in the years of the Great Depression and just before World War Two. It is fortunate that when this beautiful dress was donated to the Museum, it came with details of who wore it and where. The donor was S. Mooney and the dress was worn by Ethel May Goodhue when she married Alan Rogers at St Matthews Church in Hikurangi on the 9th of November 1938, in the church where she was baptized.

The dress is in beautiful condition, cream satin with panels of lace. Tiny satin covered buttons adorn the back from neck to below the waist. A train features panels of lace plus small bunches of artificial flowers. The high neck and long sleeves feature appliqued lace, the lace falling to a point over the hands. Such an elegant gown. The dress is bias cut so that the satin falls gracefully to the floor. Ethel wore a tulle floor length veil trimmed with satin and a coronet of artificial flowers. It must have been a proud day for her family. A photograph of Ethel wearing the dress came with the donation (2012/16/7). 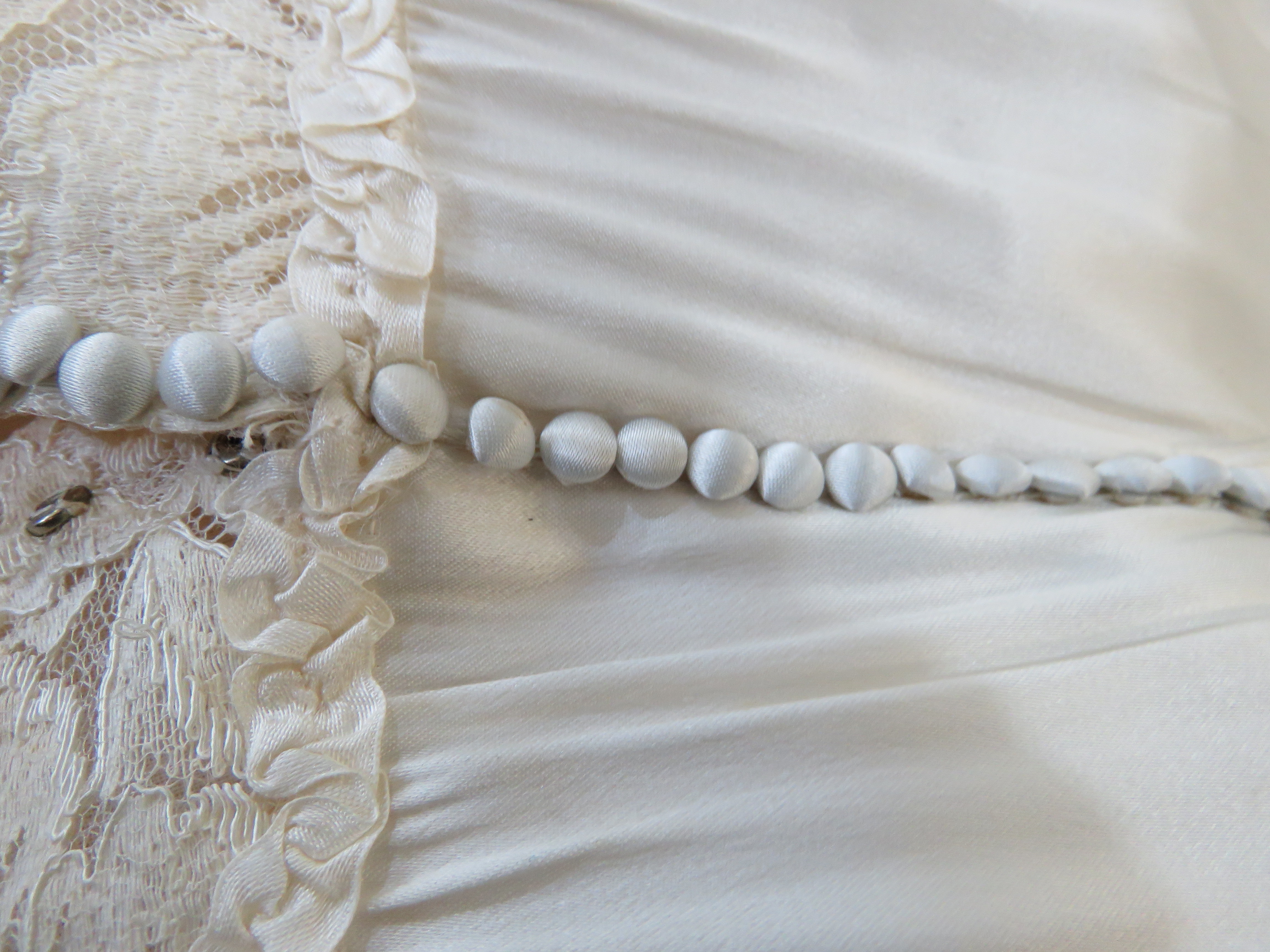 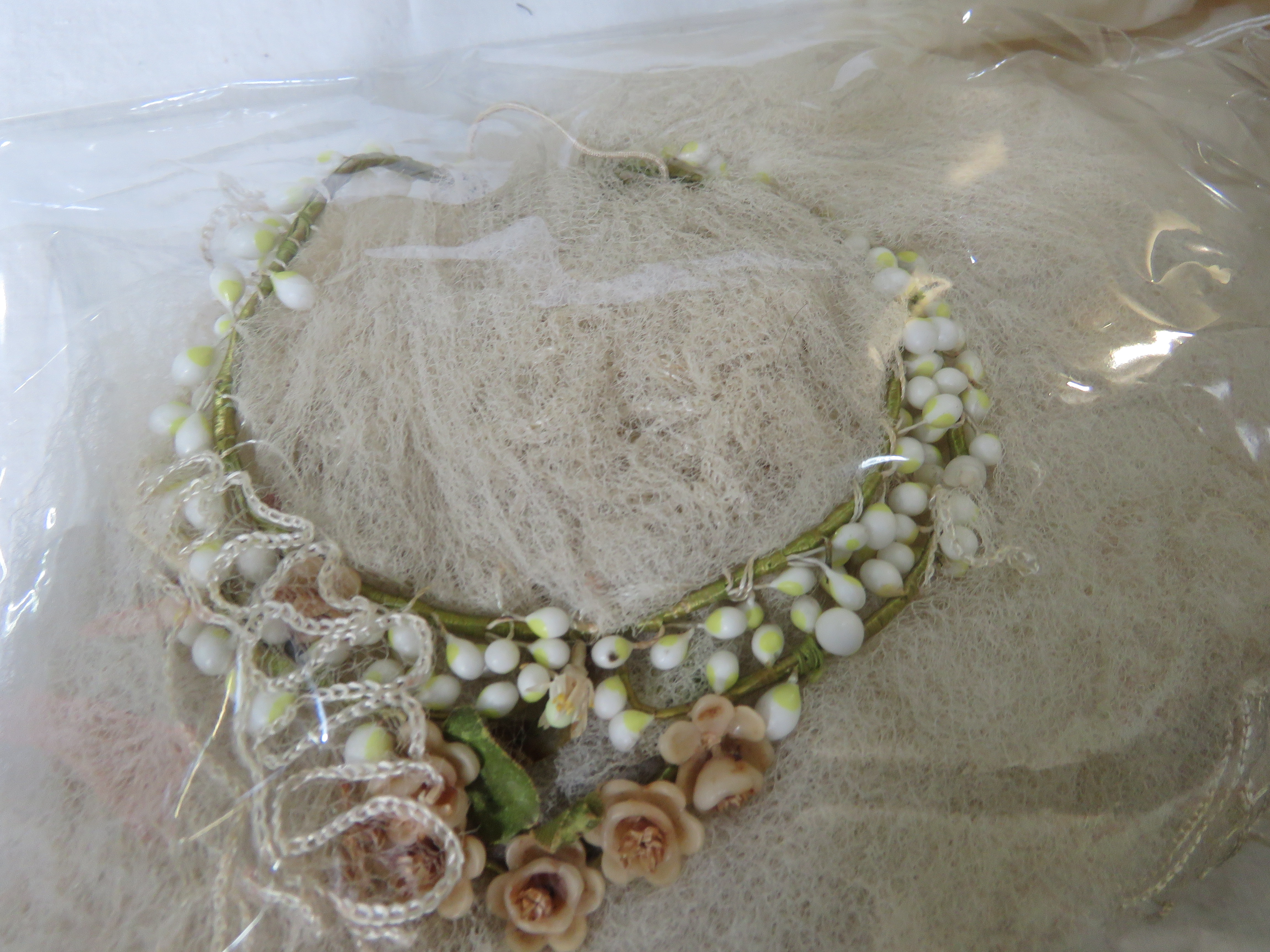 Researching wedding apparel for this period turned up lots of interesting details. For instance, long sleeves, high necklines and floor length dresses were the norm, especially if one was being married in a church. The pendulum had swung from the more liberal times of the 1920’s to a more austere and conservative style as widespread unemployment began to hit. The 1920’s saw wedding dresses with dropped waistlines, the use of silk fringing and shorter skirts. The War years, 1939 to 45, saw a return to austerity and brides wore either their best dress or a tailored suit.

Society weddings and those of film stars greatly influenced what young brides chose for their wedding dresses. Dedicated Bridal magazines were first published in 1936 and patterns were becoming readily available. The Depression certainly played a part in how lavish or not weddings were. We will never know how these factors affected the young Ethel as she planned her wedding. On record there are stories of made over wedding dresses, the substitution of rayon satin for real satin and wedding receptions modestly catered for.

Other interesting facts related to weddings – In Ancient Rome, brides always wore yellow veils, Ancient Greek brides wore red gowns. Medieval brides wore rich colours often studded with gems, designed to reflect the status of the wearer. Queen Victoria was the first to wear a white wedding dress, Victorian women generally wore blue to marry in as blue was perceived to be the colour of purity. The white wedding dress was copied all over the world and persists today. In the late 1800’s if a woman was marrying a widower, she traditionally wore a black wedding dress. No record of what the requirements were for widower’s attire!

It is hoped that Ethel and Alan had a wonderful day and the sun shone in Hikurangi. 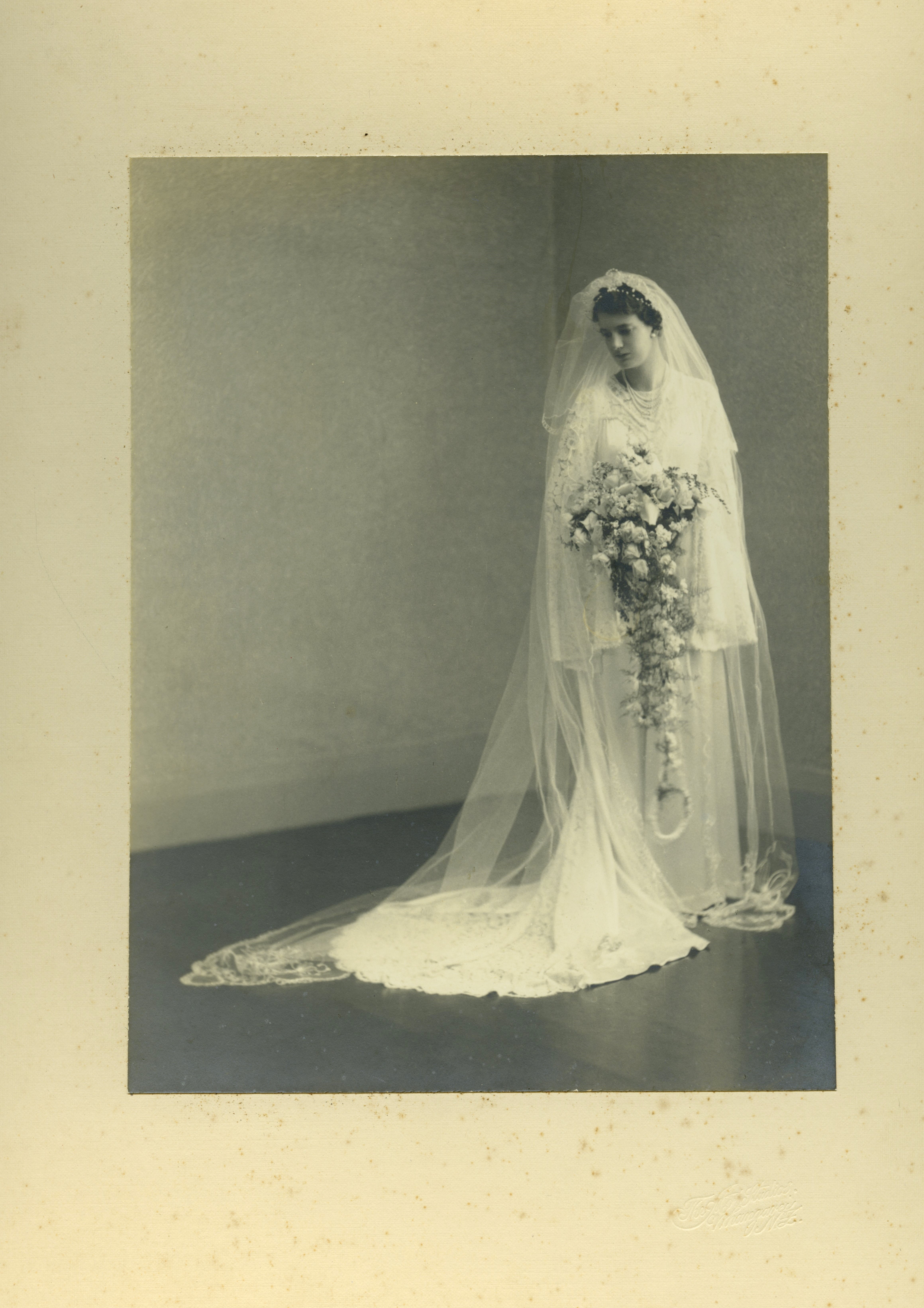 This item is not on display at the museum