Kiwi House
/
Our Work with Kiwi
/

Our Work with Kiwi

Here we answer your key questions surrounding the captive kiwi in our care- if you still have questions please get in touch, our team is always happy to talk kiwi 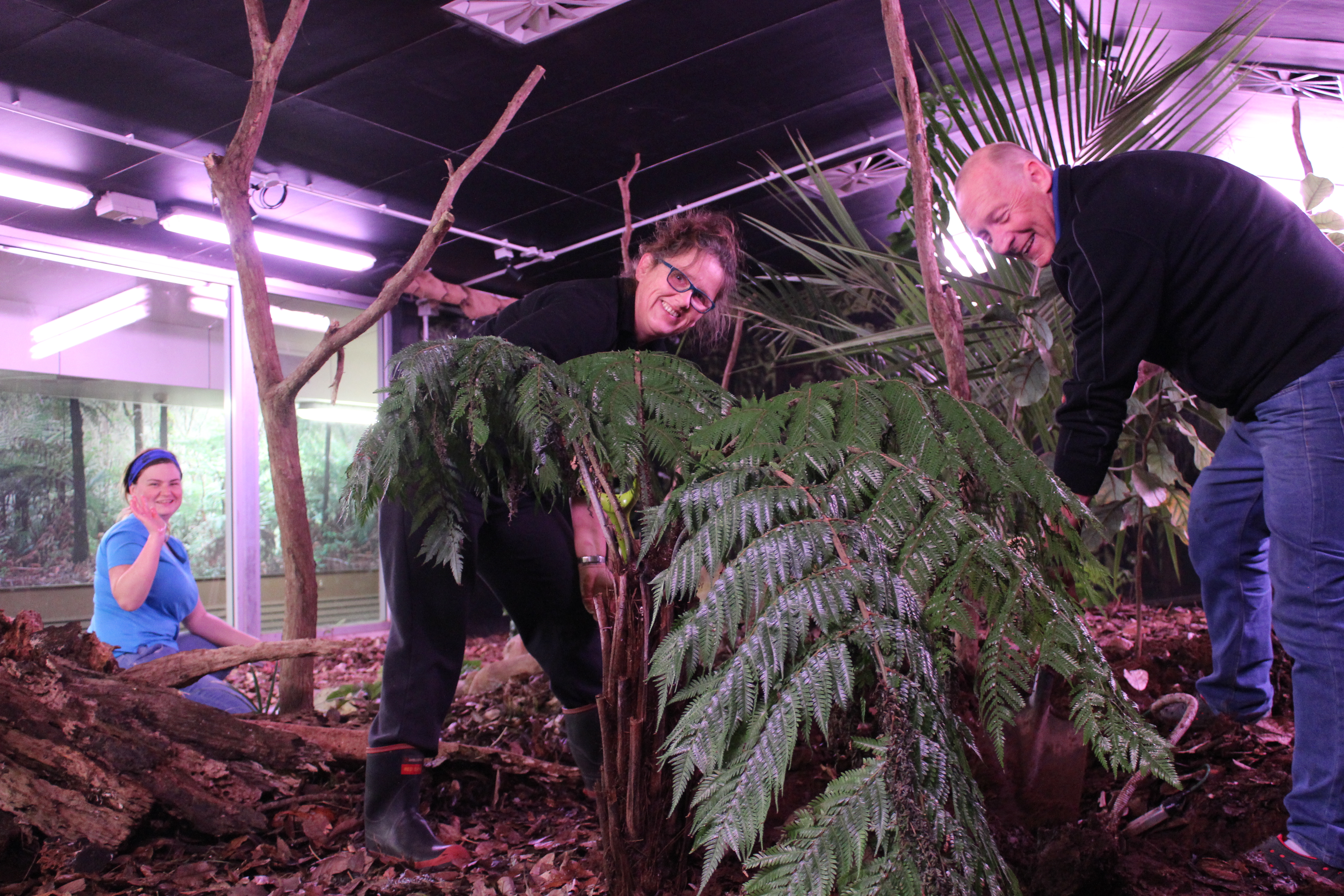 Q: What is Kiwi North’s role in the Captive Management Programme?

A: We have the very important job of raising the young birds from chicks at a few months old to maturity at close to 3 years old. While they are in our care it is part of that role to use their presence to advocate for and educate about the species, along with the wider view of other native animals and the ecosystems they require to survive and hopefully prosper.  These birds are born in captivity through the captive breeding programme.  All native animals used for display and education should have been captive born.  Wild-born animals are definitely put under stress if put in captivity.  Although we have a male and female pair we do not breed here as kiwi do not breed successfully in nocturnal houses.  As maturity approaches Kiwi North birds are then released to a sanctuary or a facility where they are bred such as at the Otorohanga Kiwi House. 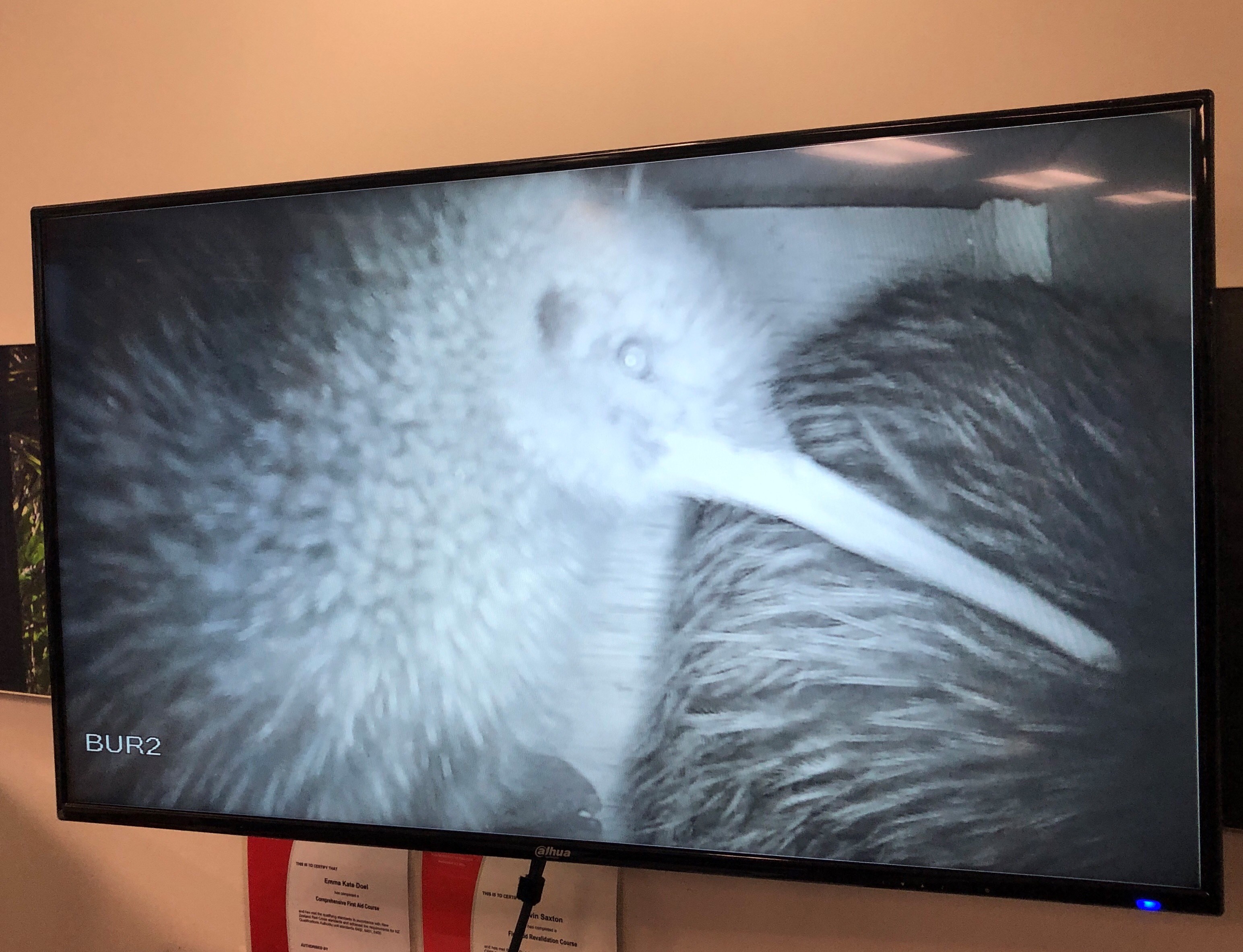 Q: Are you guaranteed to see a kiwi at Kiwi North?

A: Yes unless for some reason they are both out of the environment which is extremely rare. In that case we will put it on social media, tell our local i-Sites or let visitors know when they arrive.  You sometimes have to be patient to see them out and about in the enclosure but we also have excellent viewing when they are in their burrow houses via the burrow cameras.  In the burrows you usually get to see their features very closely and watch them interacting. 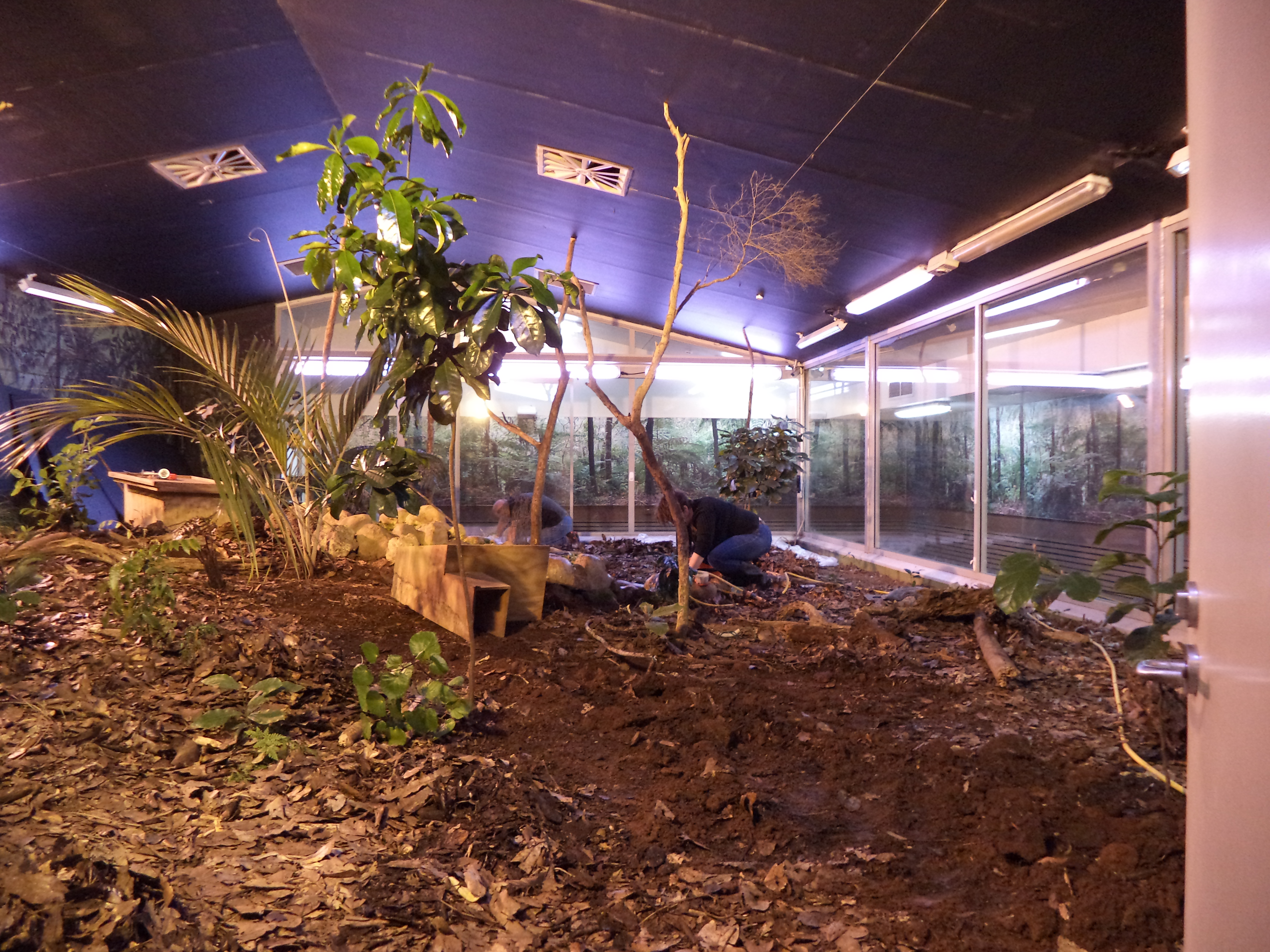 Q: What makes the Kiwi House so special?

We want our kiwi to live a natural life and you will see kiwi demonstrating perfectly natural behaviours as they would in the wild.  The Kiwi North nocturnal house is a state-of-the-art purpose built environment.  Our kiwi don’t only have day and night on a reversed cycle to us, they also have a dusk and dawn, day and night temperatures with these adjusted to match natural seasons, and it rains inside the enclosure twice a week via a sprinkler system! It has a deep earth base with living insects and organisms in it.  Every few weeks we add another layer of leaf litter from the native bush on the property and this has mulched down over the years.  However before this goes in it is checked for any foreign bodies such as paper and plastics and checked with a metal detector for any pieces of metal.  If a kiwi ingests a foreign body like these it is very serious and usually fatal.  There is also a pond with running water in the enclosure. We have two manmade burrow houses in the environment and the birds can come and go in and out of these as they like, together or as individuals.

There are only ever a maximum of two kiwi in our environment or others as North Island Brown kiwi only cohabit as a pair, not in any form of extended family or social group. We are confident that the Kiwi North nocturnal house is as natural as you can get in a manmade, internal environment, and the birds leave here perfectly capable of living happily in the wild or going on to breed with none of their natural behaviours negatively impacted by their time with us. 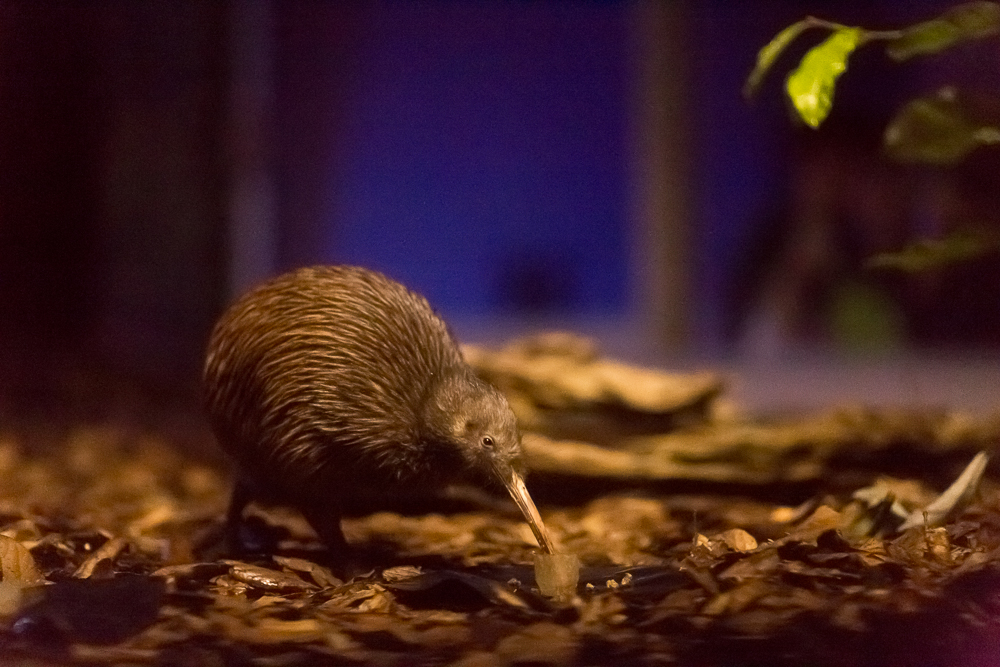 Q: Why can’t visitors touch a kiwi at Kiwi North?

A: Any organisations caring for native animals in a captive situation have to have relevant permits from the Department of Conservation. These permits stipulate that the animals are handled ONLY by specific trained staff, and even then this is kept to a minimum. The animal practices are directed by species-relevant husbandry manuals and best practice guidelines. To maintain permits and gain necessary accreditation from the Zoo and Aquarium Association (ZAA), which Kiwi North is proud to have, facilities are inspected and practices are monitored. This answered more fully in the next question. 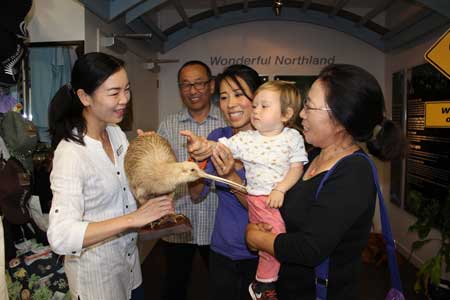 Q: What will I experience in the Kiwi House?

A: You will be met by members of our wonderful reception team.  They will tell you about Kiwi North in general and a few special guidelines for the Kiwi House such as no lights, soft voices only and to give your eyes time to adjust to the night lighting. If the kiwi are in the burrows you will be able to watch their antics on the big screen at reception and again on a smaller screen before you enter into the nocturnal house. 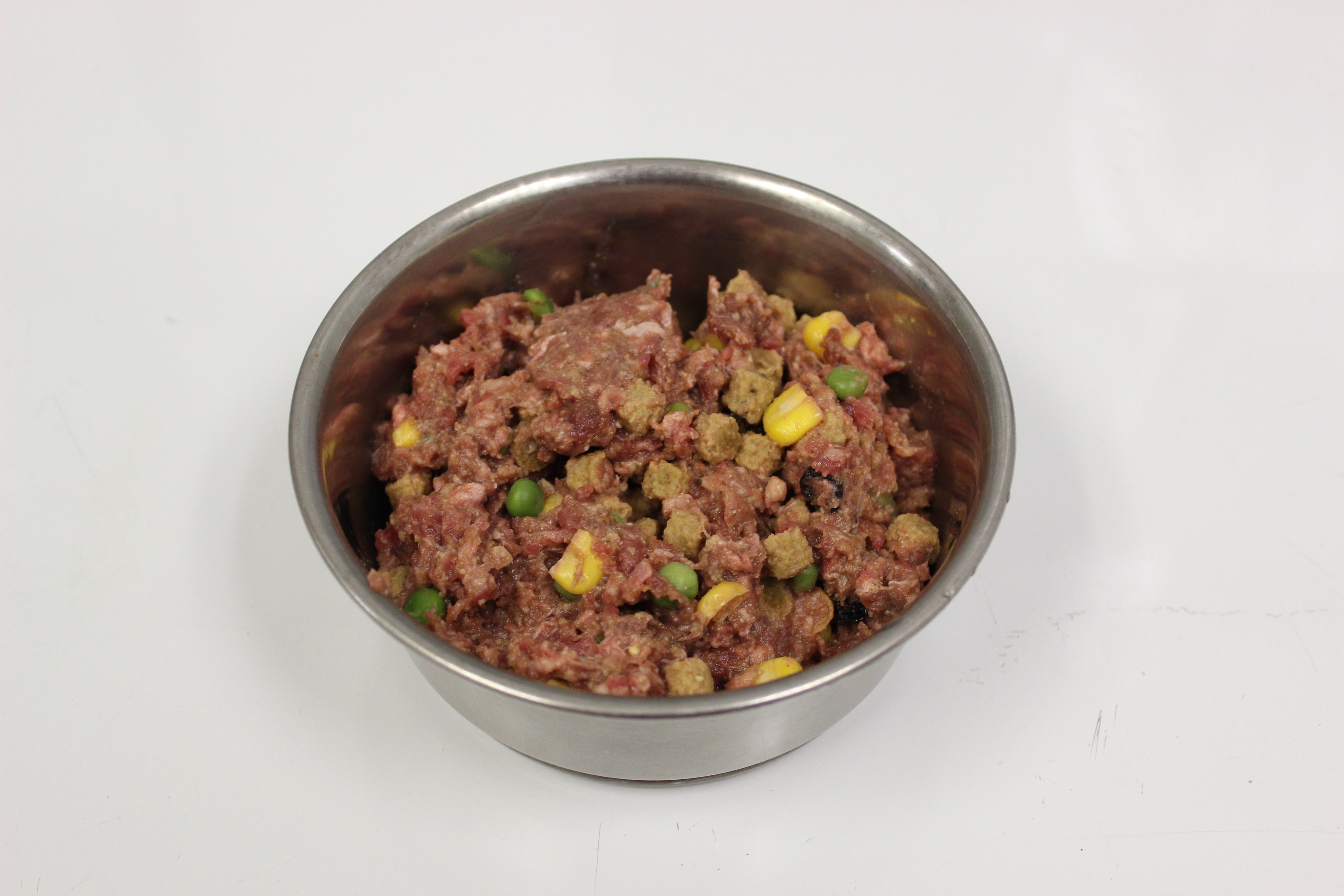 Q: What do you feed the kiwi at Kiwi North?

Although there are insects living in the enclosure we add meal worms every morning and feed them a nationally standard diet three times per day.  This is accompanied by a keeper talk and is an ideal time to ask all your questions.  This diet has been carefully researched and is used for kiwi across all zoos and animal facilities. As kiwi are omnivores it is basically a mixture of lean beef, oxheart, fruit, vegetables and vitamins.  It creates a standard bench mark that we can use to measure food intake and health not only here at Kiwi North but in comparison to other places that care for kiwi, this also ensures that if they are moved to another location, they are not being introduced to a new diet. 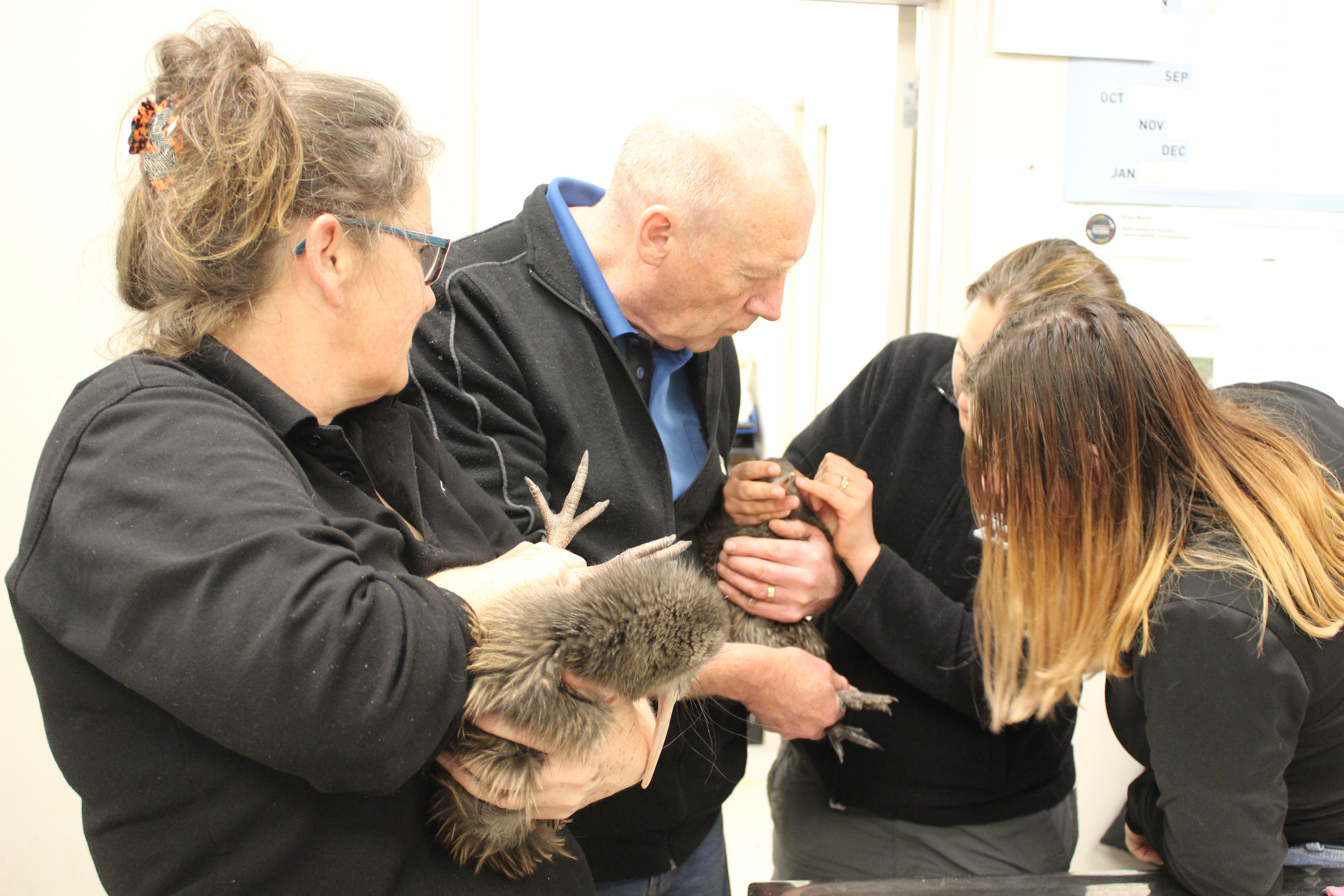 Q: Why is it important to keep handling/interference to a minimum?

A: Kiwi are a wild, native animal and it is vital that the kiwi natural behaviours and instincts are not negatively affected by being in captivity. They are also highly susceptible to stress and therefore our kiwi are only handled for monthly health checks, staff training and obviously if there is a health concern.  There is also the concern of cross-contamination through bacteria causing issues for both the animal and humans.  Kiwi bodies have very little skeletal protection, and the only area they can safely be secured from is the hindquarters and legs.  Mishandling can result in bruising and even damage to internal organs. Plus the power in their legs along with the razor sharp claws mean anyone not trained  in handling them can be seriously injured with scars to remind them what not to do next time. 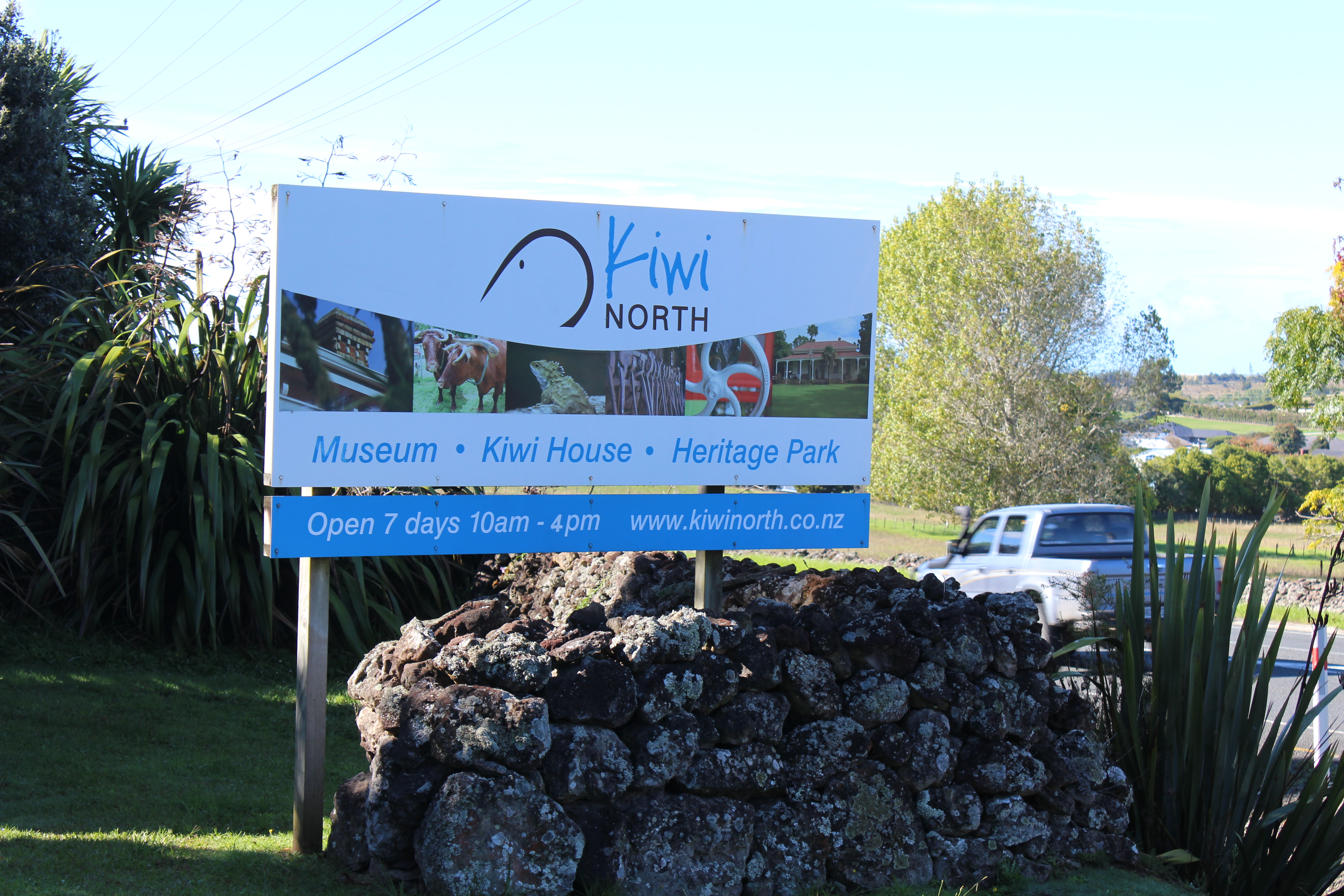 Q: What happens if I’ve paid an entry fee and don’t see a Kiwi?

A: Firstly your entrance fee covers the Museum and Heritage Park as well as the Kiwi House, and there is much more to see at Kiwi North other than the kiwi. You can also visit any of our experiences as many times as you like while here. You will always see kiwi but occasionally if your time is limited it may be via the burrow cameras only. If you are disappointed not to see them out in the enclosure we are happy to sign your ticket so you can re-visit at any time you are able to in the future and there is no time limit on that.