Exhibitions are popular and timeless events for bringing community together and sharing artistry and ideas. Throughout the past century New Zealand has held regular national exhibitions to showcase what our country has to offer between the different regions and internationally.

The 1939 to 1940 Centennial Exhibition is one of New Zealand’s most significant as it was the centrepiece marking a hundred years since the signing of the Treaty of Waitangi. The timing was also significant in showing New Zealand’s technological progress and innovative character in the face of a looming world war. After the announcement of war in September of 1939, the organisers debated whether to hold the exhibition. It’s potential to make a statement and to boost moral pushed plans over the post and the exhibition opened in November 1939 in newly built showgrounds at Rongotai, Wellington. 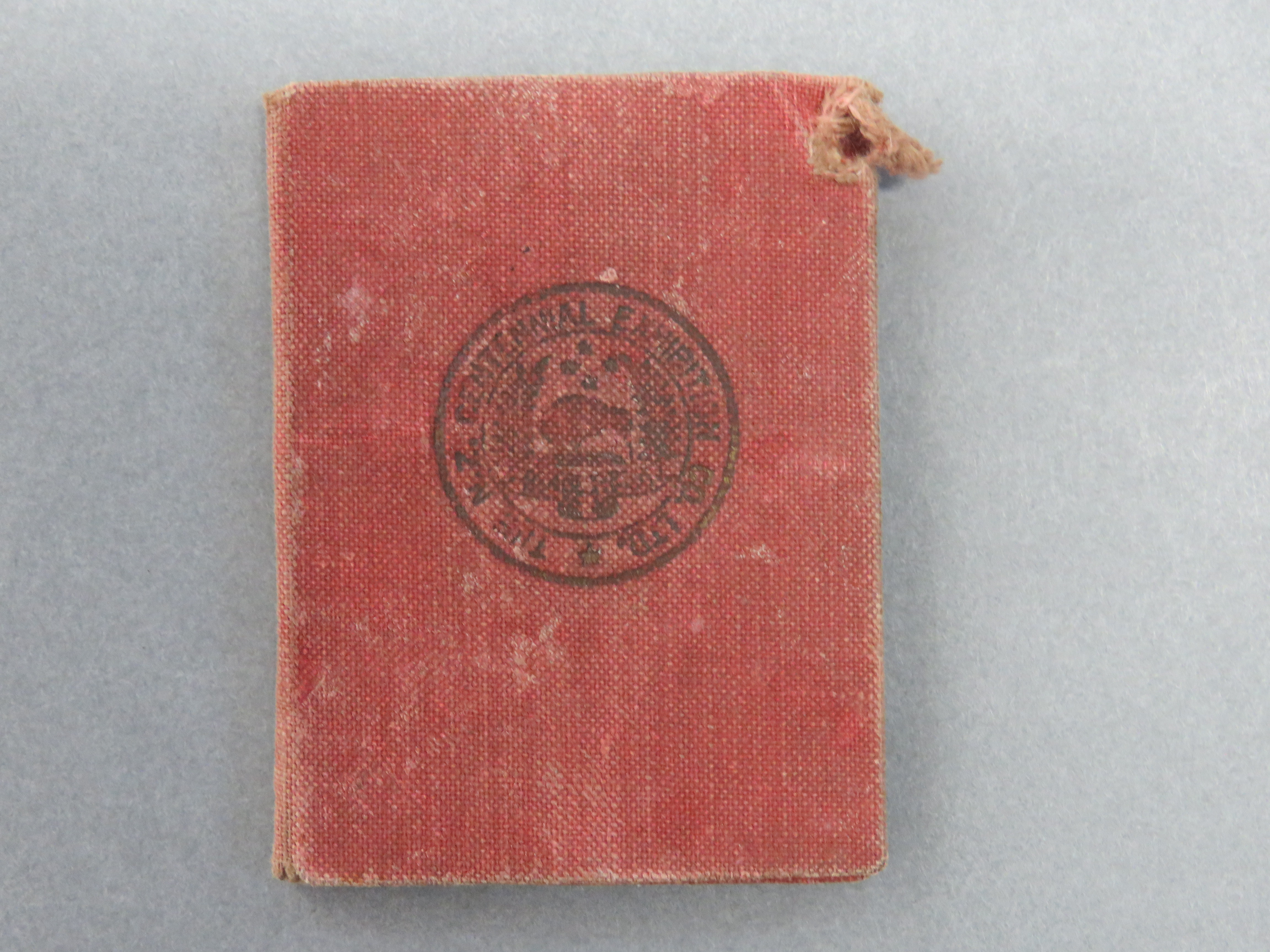 Our country’s identity was showcased in bright neon lights and geometric architecture built specially for the exhibition. The modern elements were brought into harmony with our identity as a natural haven with elements such as a model of the Waitomo Caves. However much Māori history and culture was marginalised in the exhibition, and several protests were made at Waitangi to highlight discontent over the past century of land confiscation and cultural suppression.

Large scale exhibitions such as national or regional shows are interesting markers of what contemporary people saw as most significant to advertise on such a grand scale and to choose to represent themselves. The exhibition grounds were divided into Courts. Government Court housed displays by the Agricultural and Commerce departments. Australia, Pacific Islands and Canada also lent support to the events and had their own displays.

At the end of 1939 young William Lipscombe attended this grand event while living in Wellington. Upon residing in Whangarei, he has donated his ticket and two small souvenirs from this event to Whangarei Museum. The ticket itself is quite sophisticated, consisting of a red fabric covered folder (c. 4 x 7cm) which is stamped with the NZ Centennial logo on the front, made up of our national icons: a kiwi and ferns. Two pages are stuck inside, the first reads “Ticket No 604 (Juvenile)” with William’s name, address and signature.

On the second page are the Rules and Regulations are also printed. The price was 15/-. Either attached to this booklet or intended as a necklet is an identity ticket, consisting of a round disk of leather, embossed with Lipscombe’s name and address attached to a length of what is apparently plaited parachute cord. Clearly the tickets in the 1930s were made to survive being carried around by young and eager participants for up to a whole exhibition “season”.

Small card ticket to record the date and weight of a person during their visit to the exhibition, printed in blue ink. I can’t imagine these being popular at Kiwi North’s exhibitions. Albeit most of our dismay at the idea of recording our weight as a memento, an automatic scales was an easy and fun way of producing hundreds of small customised souvenirs. In the fashion of supporting and showcasing local manufacturing, these tiny cards were printed by New Zealand company W & T Avery.

William Lipscombe was clearly quite young when visiting on the 20 November 1939, weighing in at only 5 stone (31 kg). Instead of the stuffy and grandiose displays in the court, I expect he was attracted straight to events at the Festival Hall or roller coasters at the amusement park Playland.

A century on from the signing of The Treaty, the support of Mother Britain and New Zealand connection to the UK was evidently strong, lending even greater relevance with the impending European war. The first Court visitors entered was the United Kingdom Court, many flowers on display were British varieties.

Social divides of the era were very obvious. All of the displays aimed at women venerated domestic tools and domestic crafts, such as weaving and stitching, making women’s place very clear.

Over two and a half million people made their way through the Centennial Exhibition during the six months it was open. These little pieces of paper, crumpled, water marked and ripped give a sense of the childhood fun that can still exist in the face of colonialism and soon to come war.