Clothing through the ages gives us glimpses of the history of mankind and how dress has influenced the way people lived and worked in the past. These influences could be slight such as the raising or lowering of hems, or men’s’ ties moving between shoestring and very wide versions or, at the other extreme, history changing. I think of Amelia Bloomer and her support for the revolutionary trousers for women, that bore her name, in the 1850s in America.

The Whangarei Museum has a small collection of textiles, some garments dating from the late 1800s. Textiles which includes shoes, hats, and gloves as well as clothing for men and women require careful storage in dry and temperature regulated areas. Unlike objects, which can exist for many hundreds of years or even longer, fabrics have a much shorter life, particularly synthetic materials. 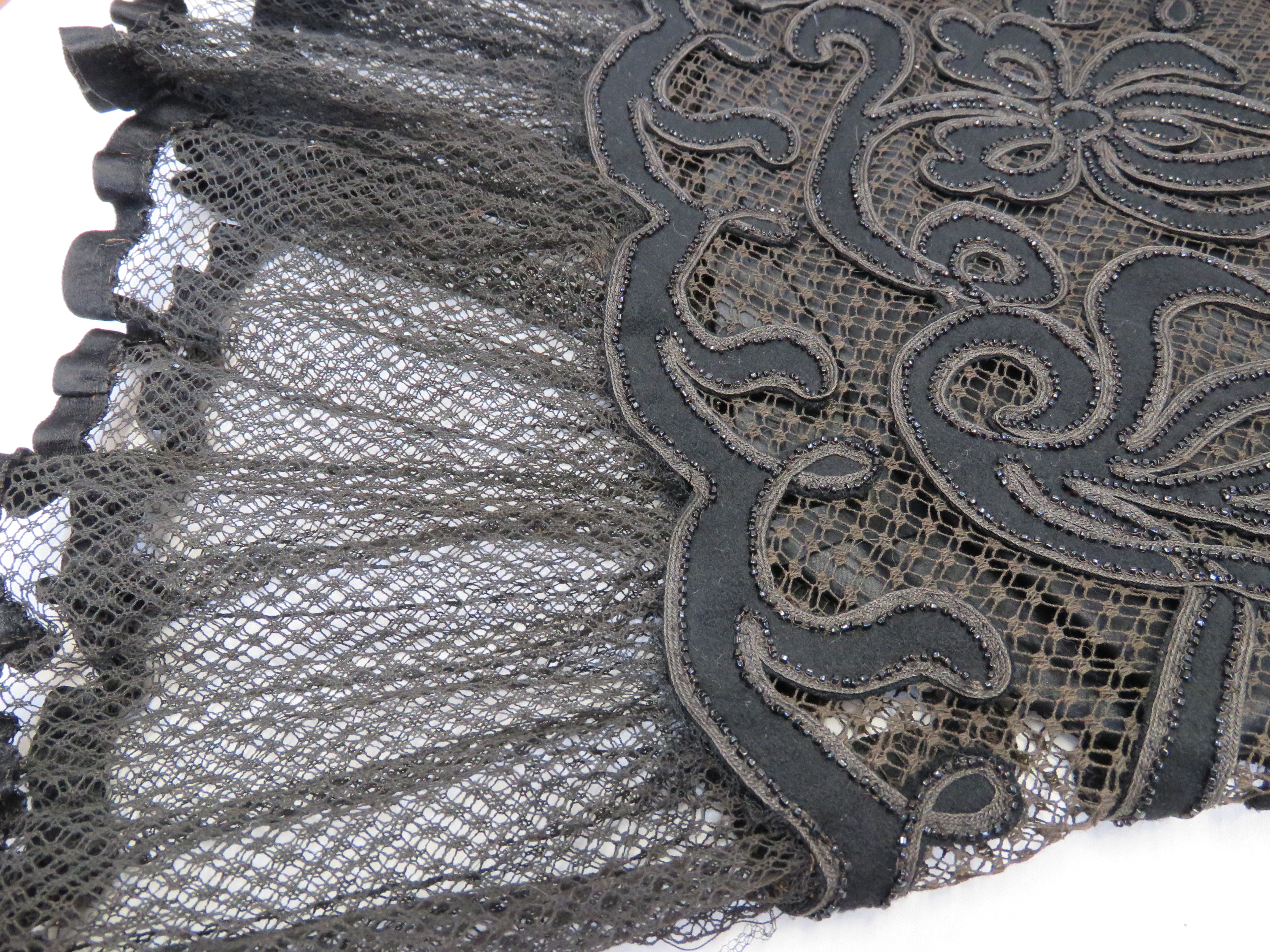 Some of the early treatments used on fabric such as silk to enhance its appearance have in fact aided their demise, in particular, a type of lacquer applied to silk material to improve the shine degrades over time causing the silk to shred into a ribbon type form so that many beautiful garments are lost in this way.

I have an interest in textiles and the history of fashion, in particular how dress has been influential in the emancipation of women. Our 2020 Inside Out exhibition at Whangarei Museum highlighted the restrictive undergarments worn by women and sometimes men compared to the lightweight underclothing of today, showing how far we have come.

A particular garment that caught my eye recently is a very beautiful and ornate evening cape, pictured here, of the Victorian era. This cape was donated to the Museum by E. Barnett and is one of the longer styles of cloak. It is black in colour, including areas of embroidered and appliqued braid over net. There is also jet beading, very popular during this period, and the sleeveless garment is lined with taffeta. There is a standup collar of stiffened net fastened at the front of the neck. 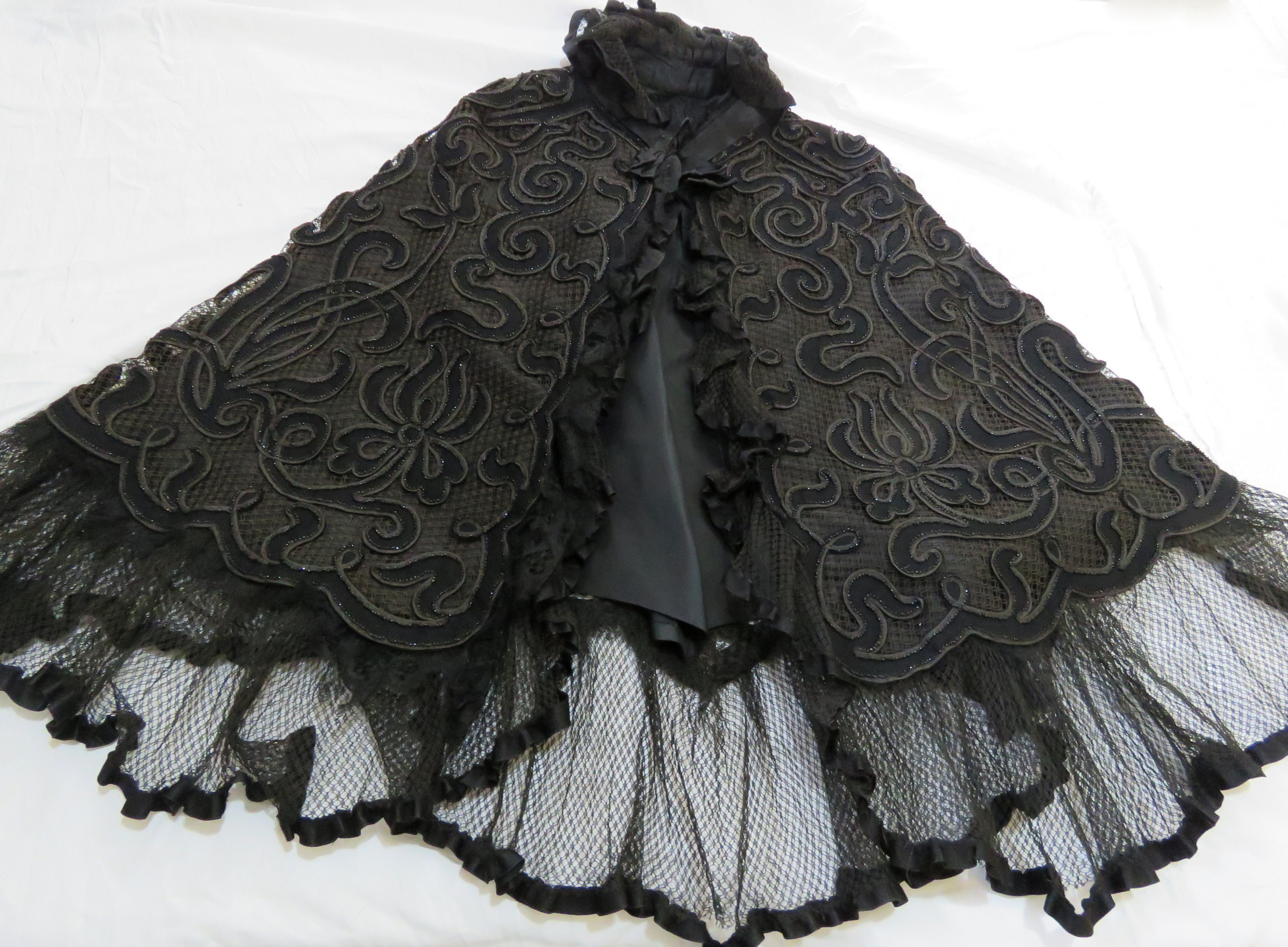 Cloaks of this period were worn by both men and women, those of the women tended to be more ornate and alas less practical than men’s. Around the 1890s multi-tiered cloaks with some form of collar were very fashionable but by early 20th century their popularity had declined and they had virtually disappeared from the garment market. Our example has the tiered styling thus making it relatively easy to date. Such elaborate cloaks were generally worn as evening wear to provide extra warmth as well as being a status symbol.

There has been in recent years, a renewed interest in vintage clothing and in the bigger centers in New Zealand it is possible to find retail outlets stocking excellent examples from the 50s and 60s. Classic styles have a timeless quality and are much sought after. I confess falling victim to their allure.