Did the Ground Move For You?

I can move things, but you can’t see me.

I can be measured on a scale, but I weigh nothing.

I am caused by faults, but no one has done anything wrong.

I am of course talking about an earthquake.

Once commonly referred to as “The Shaky Isles” New Zealand is no stranger to an earthquake and most of us have a story or two about a time the earth moved us. According to GeoNet, there are an average of 20,000 earthquakes per year in our country but only around 250 are big enough to be felt. This is why I was so excited to see our newest treasure being installed at Kiwi North. A seismometer, an instrument that measures the Earth’s shaking.

Our seismometer is a TC-1 model, built from a simple design that introduces a number of concepts in physics and engineering. It is made up of four key features. A spring with a magnet attached that moves when the ground shakes, the moving magnet creates an induced current in a coil, an arduino uno then recieves that current and converts the analogue signal into a digital one, and finally the digital signal is sent to a computer screen. 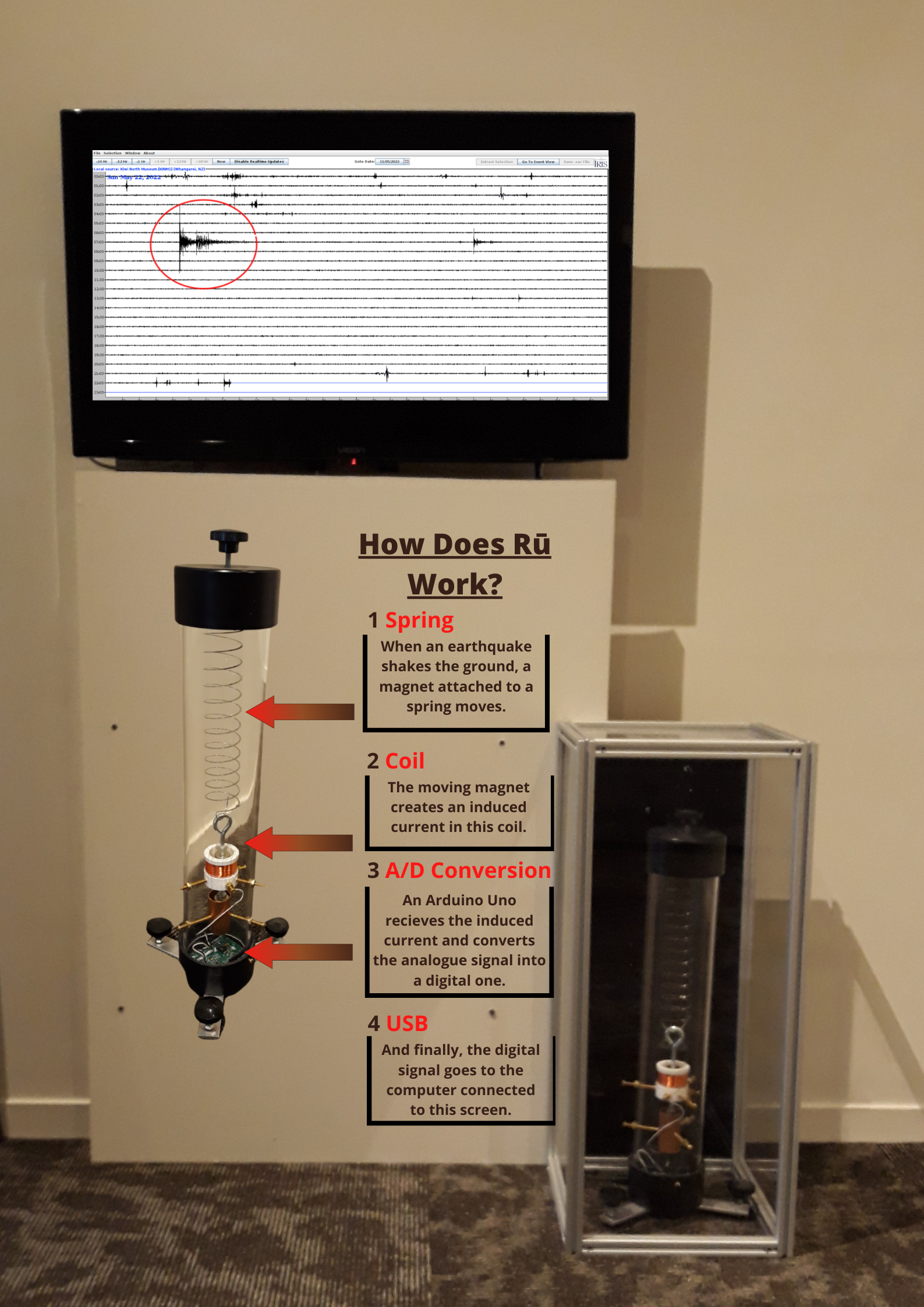 The seismometer here is one of more than 30 public units located in schools and museums around the country. This is an initiative by Rapid Characterisation of Earthquakes and Tsunamis (R-CET) and led by Geological and Nuclear Sciences (GNS). The network of seismometers is called Rū, named after Rūaumoko, the Maori god of earthquakes and volcanoes.

Four of these seismometers are currently operating around Northland with more to be installed shortly. Science to Practice Lead for GNS Science, Dr Sophia Tsang explained that the physical shape of Northland makes it ideal for picking up data from across the South Pacific. Our own seismometer here at the Museum even registered an earthquake in Fiji on May 24th which, although it measured 6.3 on the Richter Scale, was centred nearly 600kms below the ground and didn’t create any surface waves.

Other notable events that have been recorded include an earthquake in Alaska last year that was picked up by a seismometer at Whangarei Girls High School and multiple units around New Zealand registered the sonic boom from the volcanic eruption in Tonga in January. 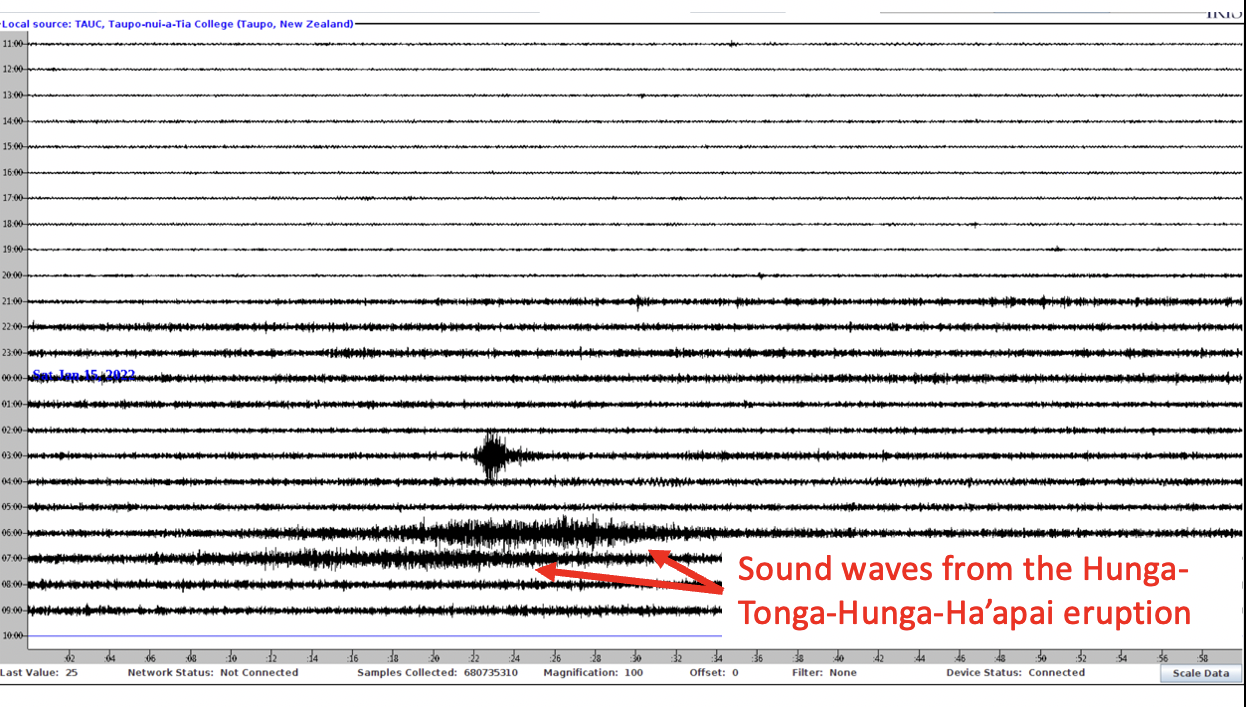 These public units are designed for educational purposes, to inspire and generate an interest in seismology and the Rū here at Kiwi North continues to be a source of great interest for visiting kids and adults alike.