The Northern Advocate | Stockings Inside Out 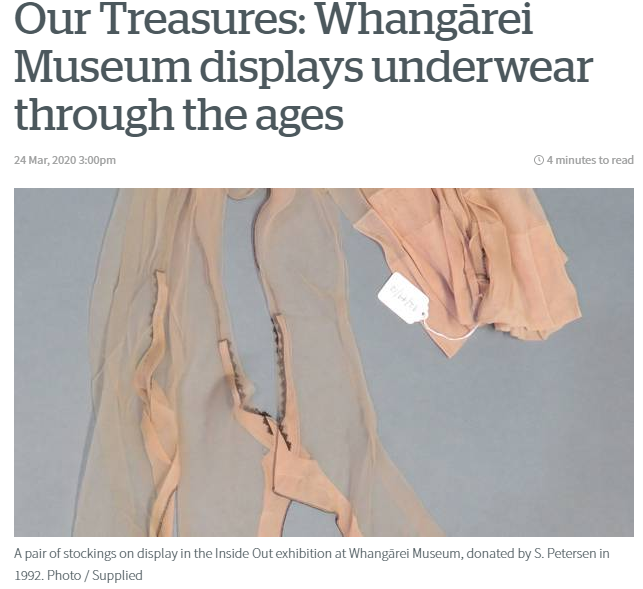 Today's modern women wear full-length tights or stockings with never the thought of the interesting path hoisery has taken though the ages. When the first cavemen and women wrapped their legs in animal skin to protect against the elements they would not have envisaged the course that leg coverings would take in the future. From being a utilitarian item through to the glamour of the 30s and beyond, to the dispensing of suspenders to hold the hose in place to the many varieties of style, colour, thickness (denier), length, eg. knee highs.

From animal skins, progress was made to weaving animal hair into leg coverings. The ancient Egyptians, it has been discovered when tombs were opened, wore a type of knitted sock. Around 400-500 BCE the English followed suit with a similar sock.

By the 1100s vertical and then horizontal looms allowed lengths of fabric to be woven so that garments could be cut to fit the body shape for the first time. By the 1300s stockings of various colours, patterns etc were being worn by women and girls throughout Europe.

However leg coverings for women were frowned upon by the churches of the day and gradually hose became the province of men only. In the 1500s the invention of a machine for knitting stockings revolutionised the manufacture.

These stockings just came to the knee and were held in place by a ribbon or simple for of cross gathering, using cotton, linen, silk and wool. When Queen Elizabeth I was presented with a pair of knitted silk stockings she did not want to wear anything else.

By the 1800s men moved away from stockings when trousers became fashionable and hoisery once again became the province of women.

In 1892 rayon was discovered and became a popular material in hoisery making. As skirts were shortened, the fashion aspect of hose took a leap forward.

Ankle socks came into vogue as well. When Du Pont in America brought out nylon in 1938 its strength and elasticity made it an instant winner. It was cheaper than silk, did not wrinkle around the ankle and added a beautiful sheen to the legs of the wearer.

During World War II the Du Pont Company stopped making stockings and instead turned it attention to making parachutes, airplane cords and ropes. After the war when the production of stockings resumed, Macy's store in New York sold 50,000 pairs in six hours. There was quite a stampede to get these precious items and the press dubbed them the "Nylon Riots".

When lycra was introduced to the mix in 1960s, it allowed stockings to stretch and rebound while keeping their shape, they dried more quickly and could be dyed any colour.

In 1965 full-length tights appeared on the scene thanks to Pierre Cardin and they became an essential fashion statement. Goodbye suspenders forever!

Whangarei Museum at present has a special display in the Mim Ringer Gallery of underwear through the ages entitled "Inside Out" and features a number of pairs of stockings from the 40s and 50s in both nylon and silk. One such pair is in the photograph with this article, donated in 1992. 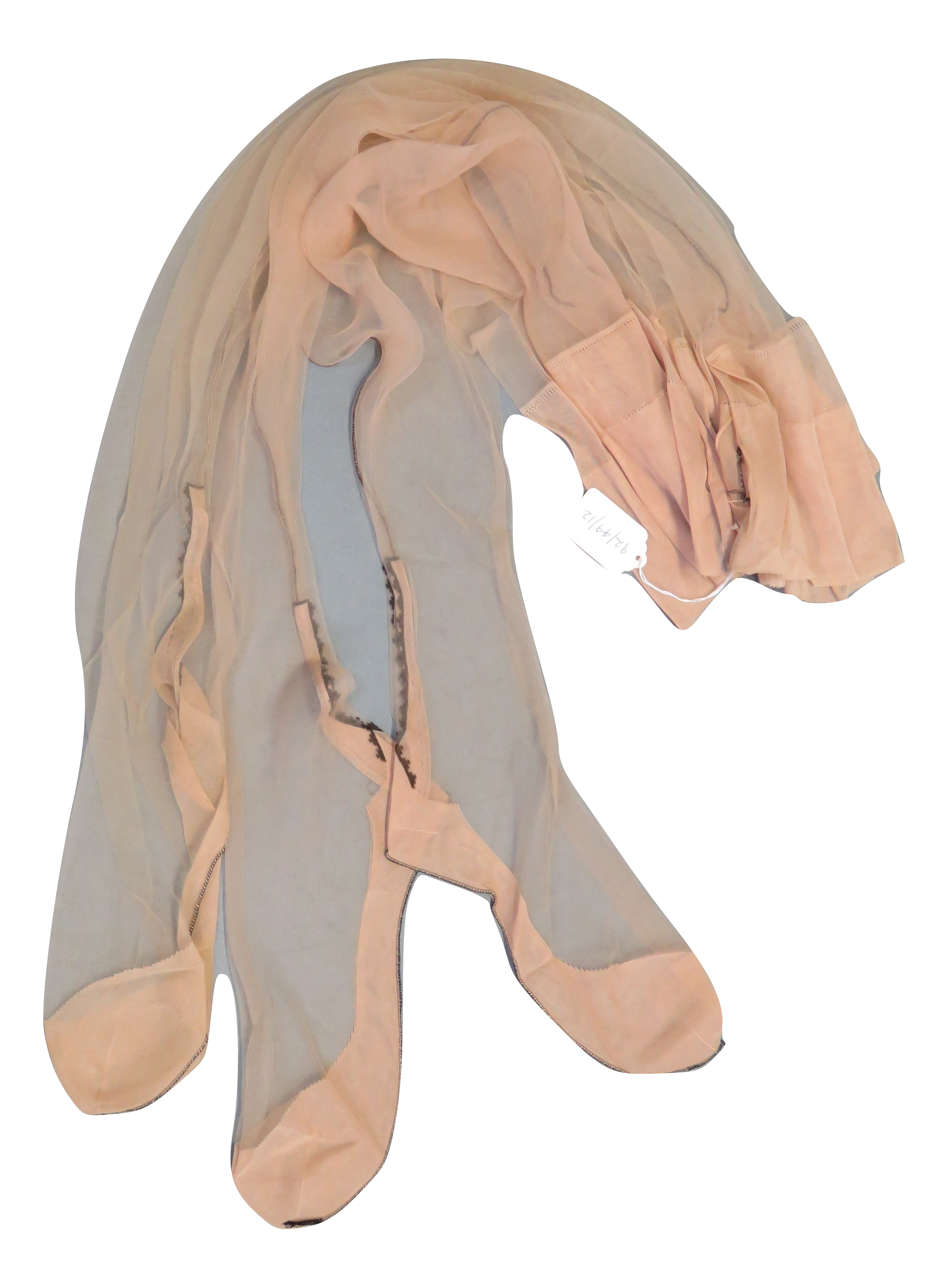 As a child I recall American servicemen being billeted at our home in Auckland during World War II. They often bought our family gifts in return for hospitality; toys for me and nylons for my mother who was overjoyed to recieve them as wartime restrictions meant women used tanning lotion on their legs to simulate stockings and drew the seams with an eyebrow pencil. With this facinating history in mind it is easy to understand the "nylon riots" in New York.