Around 2000 years ago, more than a millennium before Maori were thought to have arrived in New Zealand, a little cave in Northland collapsed and took the lives of five small Moa. This may not seem like such a newsworthy event for the time, but today they are teaching us about their species, their lives and their world. This is possible because those five little Moa were recovered and their skeletal remains treated before being put on display.

The skeleton of one Moa is almost complete and in such incredible condition that it has been reassembled, offering a fascinating insight for all who visit into what it may have looked like all those years ago. This Moa was discovered in a local limestone cave by landowner, Mr Ian Calder. He brought the bones into Kiwi North where they were carefully examined. The excellent state of preservation meant specialists were able to determine that a possible cause of death was a broken neck as there was a fracture to the eighth vertebrae. They also noted that the lower leg joints had not yet fused, meaning our little Moa was still young when it died. 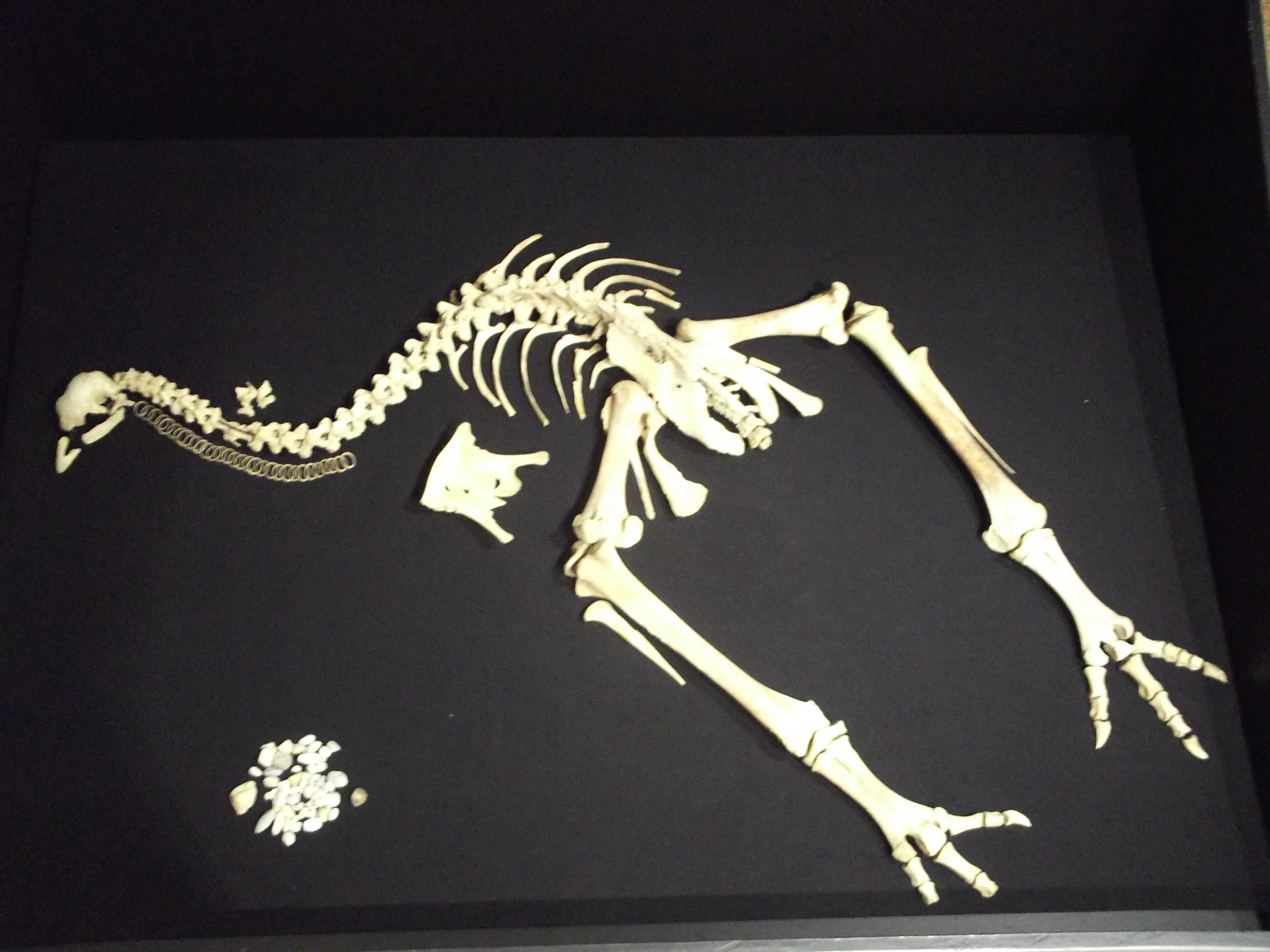 The four other Moa were later discovered beneath a rock fall in the collapsed cave. Their remains did not fare so well and while some of their bones are yet to be excavated, many have been collected, cleaned, catalogued and displayed in an exhibit in the museum. 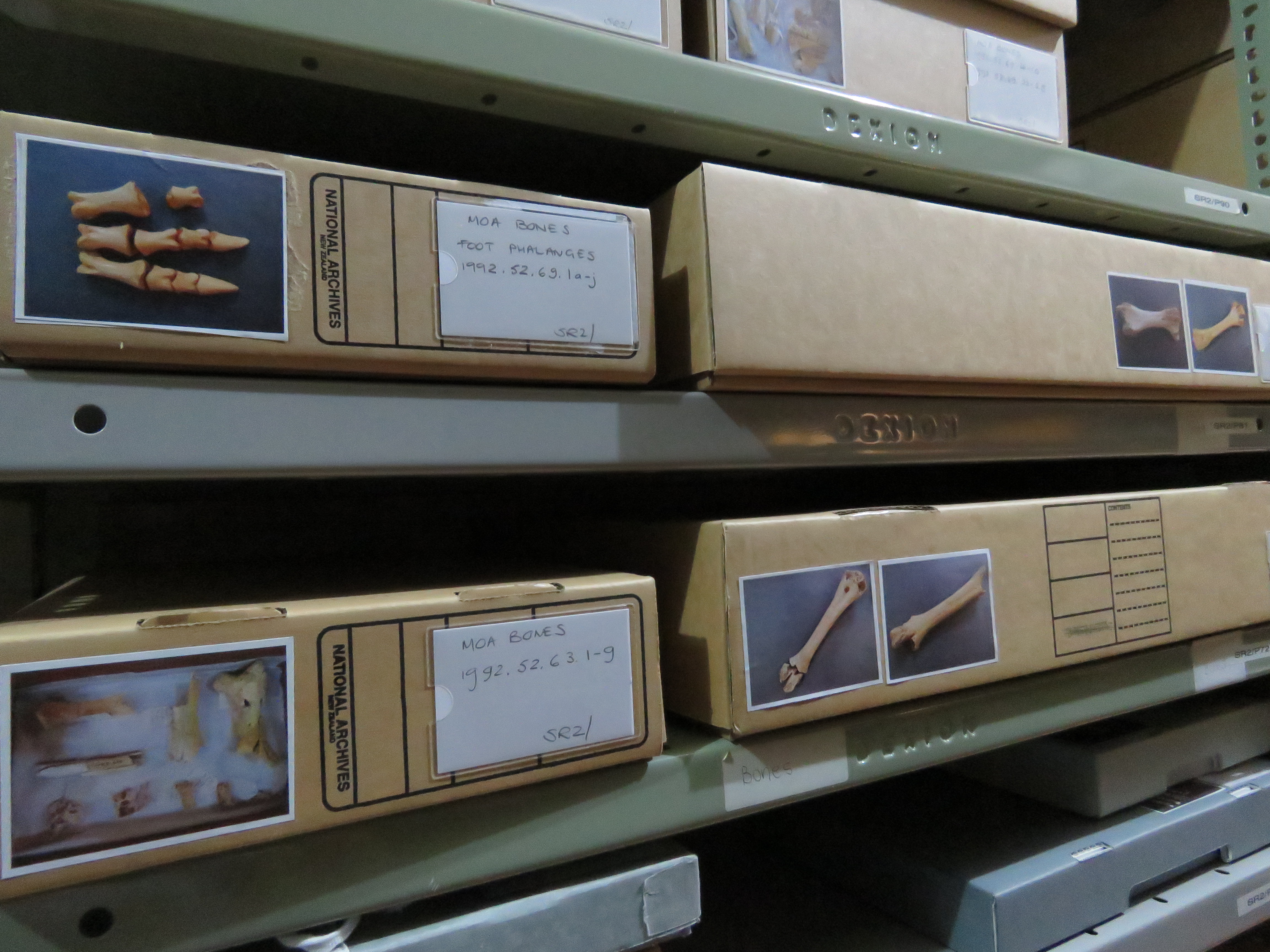 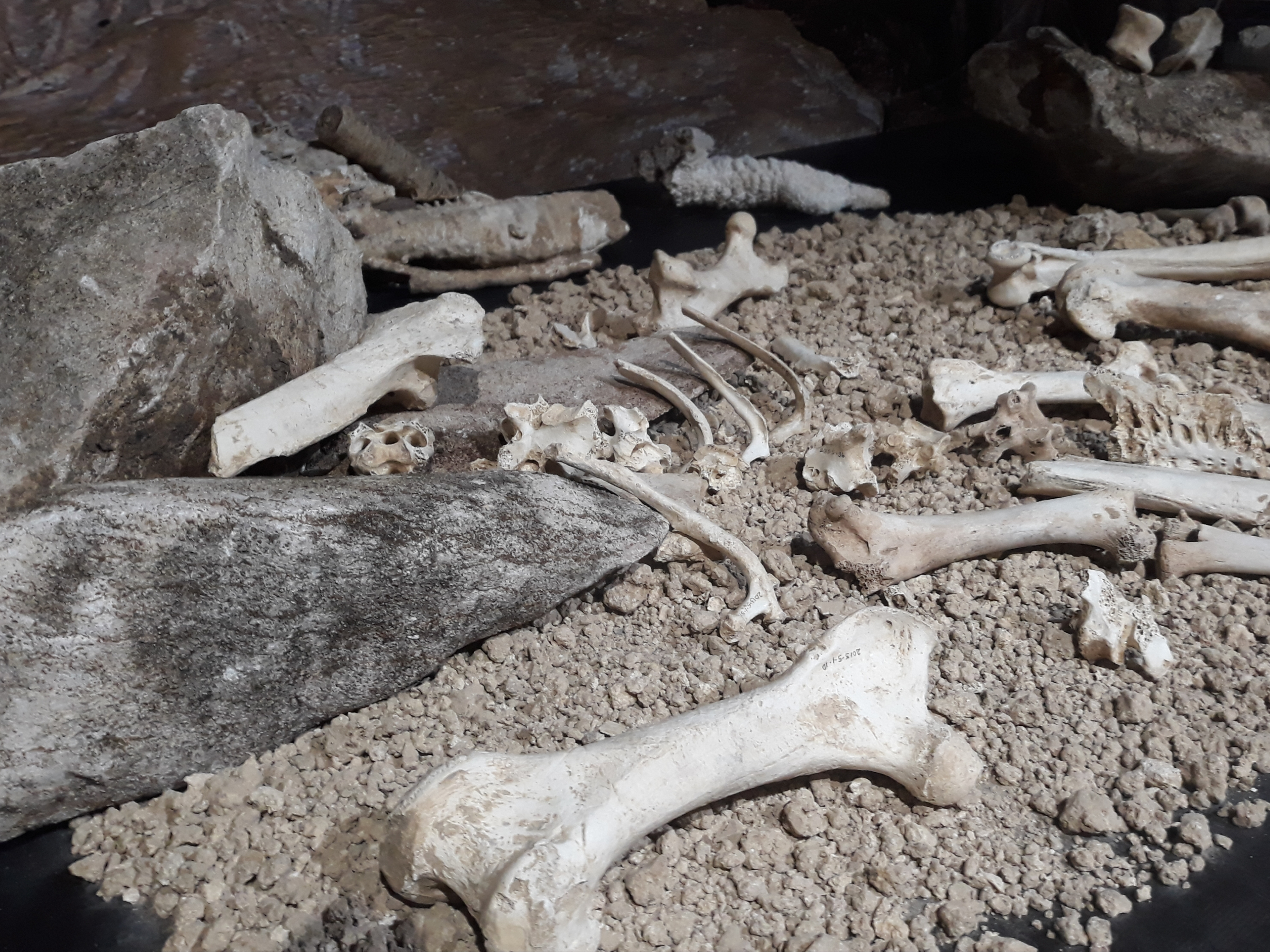 Our once feathery five were Bush Moa, the smallest and most widespread of the nine Moa species. They were found only in New Zealand, on both main islands but predominantly in the North where they inhabited shrublands and dense forests. They were slender, with long legs and when fully grown they were the size of a large turkey. A sturdy, sharp-edged bill suggests a diet of twigs and other tough plant materials. Scientists believe they used to live in small groups, which makes me wonder how well these Moa knew each other before they died together.

They may be just five small creatures that lived long ago, they weren’t even the impressively sized giant Moa that normally capture our imaginations, but they have certainly left their own special legacy. We have learned a lot from examining their remains and they continue to be a source of interest and awe for visitors, young and old, to Kiwi North.