Chrysanthemums are star performers in our Autumn gardens, and this was true for William Collins in 1900 and 1902, despite the dry conditions. He was awarded certificates of merit for his blooms at the National Chrysanthemum exhibition in Auckland, hosted by the Auckland Horticultural Society (1993/53/50&51). Chrysanthemums were the dominant flower on show, but the spotlight was shared with Dahlias.

The Chrysanthemum Society began hosting annual exhibitions from 1889. They were popular events, and they drew large crowds. The organising committee put a lot of effort into decorating and programming the event by offering multiple divisions, including one for children.  The exhibitions were held at Choral Hall and over 1000 blooms were on display, with live music providing additional entertainment. On the eve of the event, the flowers were auctioned. I wonder who took home William Collin’s winning bouquets.

These certificates celebrate the different varieties of Chrysanthemums. There are the pompon variety, the incurved, the reflex, the single bloom with the yolked centre, and the cushion variety. The designer of this certificate was Mr. Day and it was accurately described in 1889 as “handsome and elaborate.” These certificates are beautiful and showcase the intricate detail of chrysanthemum blooms and their foliage.

In 1900, notable new varieties at the exhibition were the Madame E. Roger, which was a white flower with an olive-green incurve and a Japanese variety of deep crimson with a gold reverse. They sound stunning! Other notable varieties included the Australian Belle, Australian Gold, Major Bonaffon, Dr. Lieber, Vivian Morel and Lady Hanham. I do wonder how William Collins would react if he could see some of the new varieties we have in 2022. I think he would be in awe.

These certificates were donated to the museum by Mrs. Joyce Hawkins, who was the niece of Mr. Collins. I hope you all get as much joy from the Queen of Autumn Flower as I do. 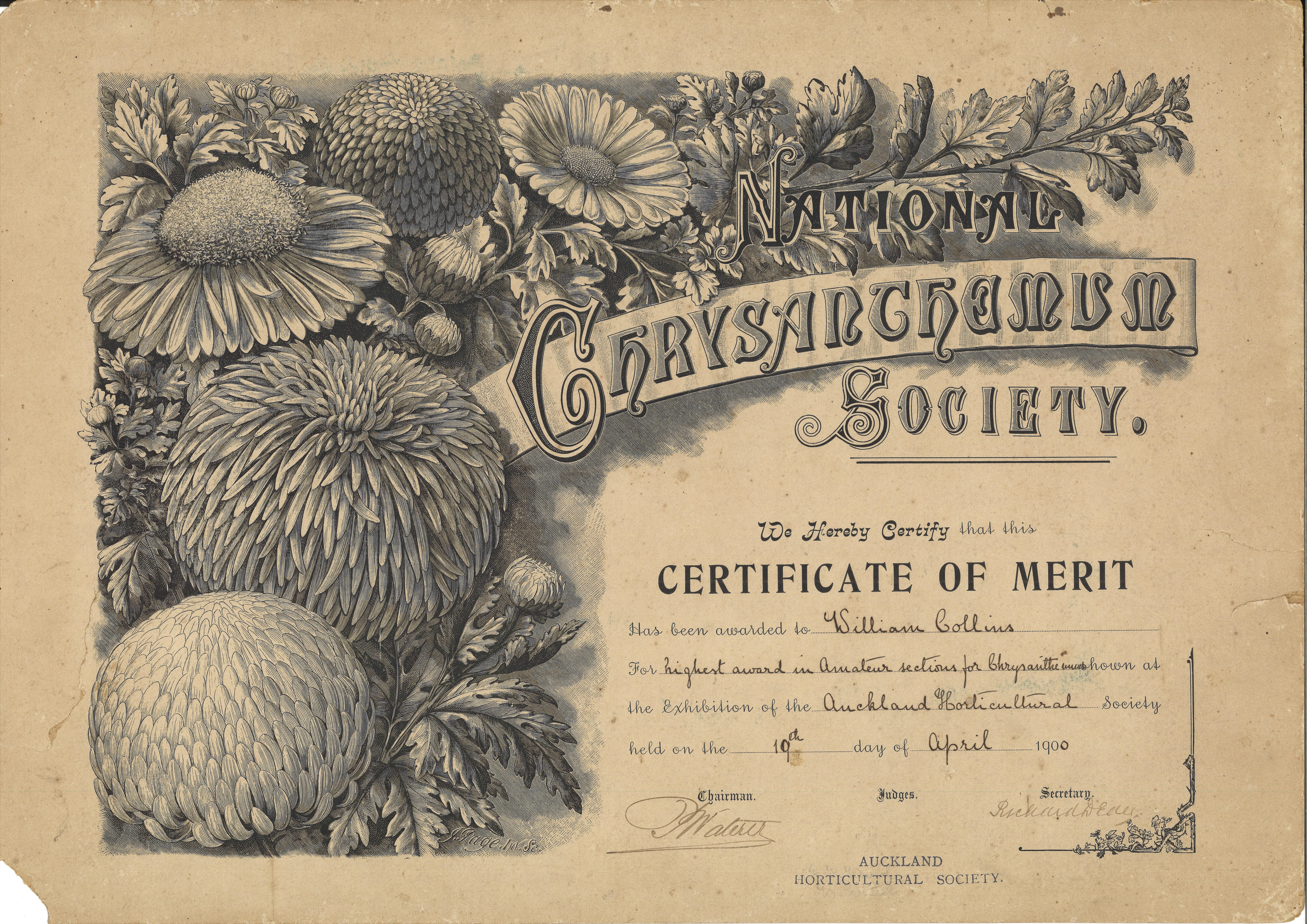 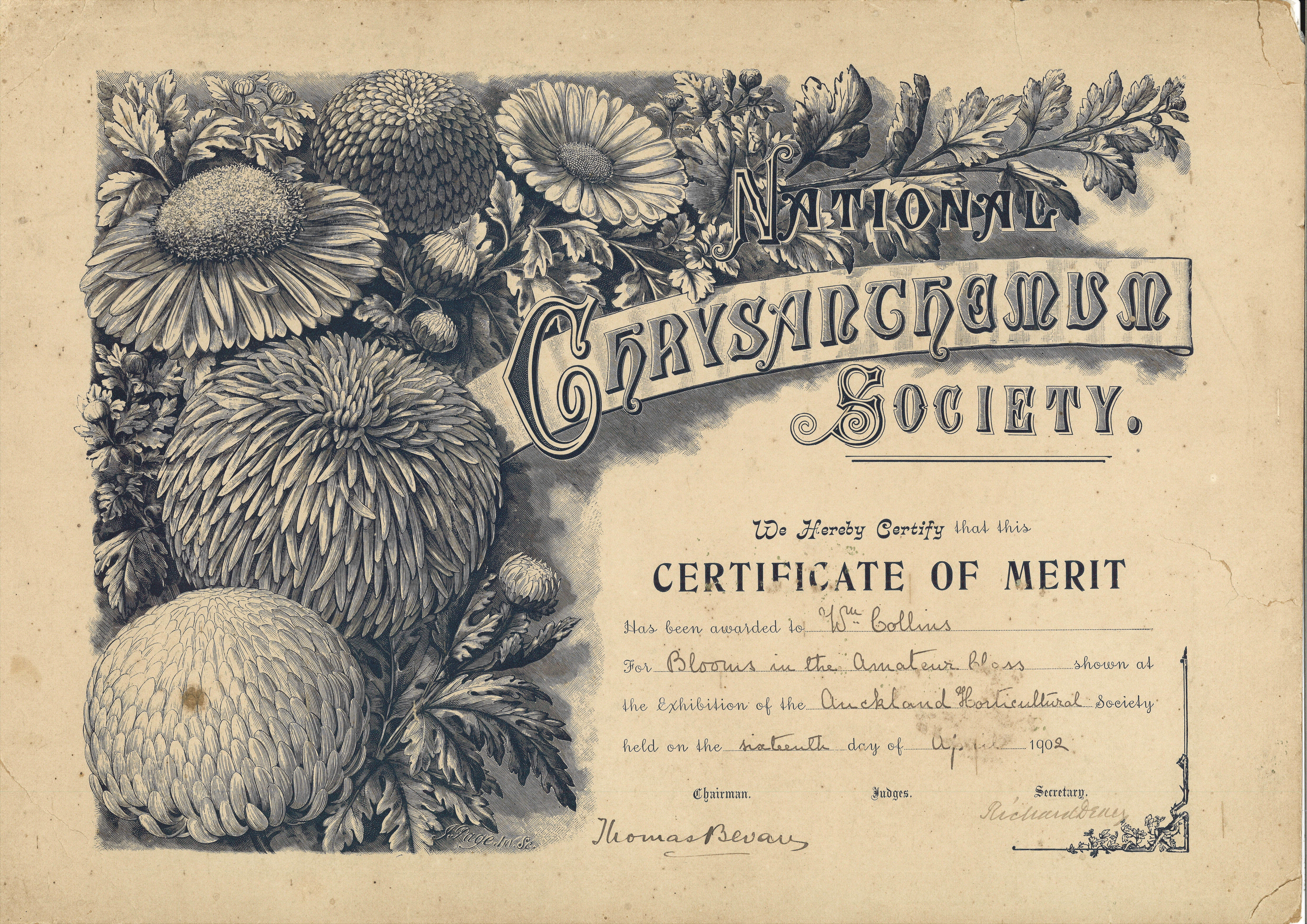