The Whangarei Museum and Heritage Park is home to a small hexagonal building now called the Jane Mander Study, after this well known New Zealand novelist. This small building was the tower room on top of “Pukenui”, the house built in 1906 for Francis Mander, Jane’s father.

Jane’s father Francis settled in Whangarei in c.1902 and bought a number of timber mills in Northland which became the setting for many of her books. Jane had an intimate and authentic knowledge of life in timber country and was one of the first writers to use New Zealand settings in her novels.

Jane’s writing skills were put to further use when her father, in partnership with Fred Foote, bought out the Northern Advocate newspaper.  During this time Jane was sub-editor and reporter until the paper was sold in 1906. The Mander family home was built in 1906 and this tower positioned on the roof of the house, became Jane’s study.

In 1907 and 1910 Jane visited Sydney and on her second visit stayed for over a year. Here she wrote for the Maoriland Worker under the pen-name Manda Lloyd. Jane left New Zealand in 1912 and went to England and later to study in New York.

Jane’s most famous novel, The Story of a New Zealand River was published in 1920 and is set in a Northland timber-milling settlement and was risqué in its day, touching on current morals and the possibility of intellectual, sexual and emotional liberation for women. Consequently it was put on a discretionary shelf in the Whangarei Public Library!

In 1912, the Mander home was bought by Arthur Pickmere, and on his death it was inherited by his son Hereward. The tower room, as it was then, had its access by a stairway at the back of the house, and then along a “duck-walk” to the door of the tower.

Hereward had three small children who claimed the as their playroom, however feeling it was unsafe it was removed and used as both a playroom and later a summer-house in the garden where it remained for many years. On his death, the Pickmere family donated it to the Whangarei Museum.

By January 1970, the study had been relocated to the lawn outside the Clarke Homestead and was ready for its opening ceremony which included a pageant depicting the characters in Jane Mander’s most well known book ‘The Story of a New Zealand River’ and written by Florence Keene.

The Study today contains memorabilia on Jane Mander and her work and the Museum also has in its collection a sideboard and a kauri table which also belonged to the Mander family. 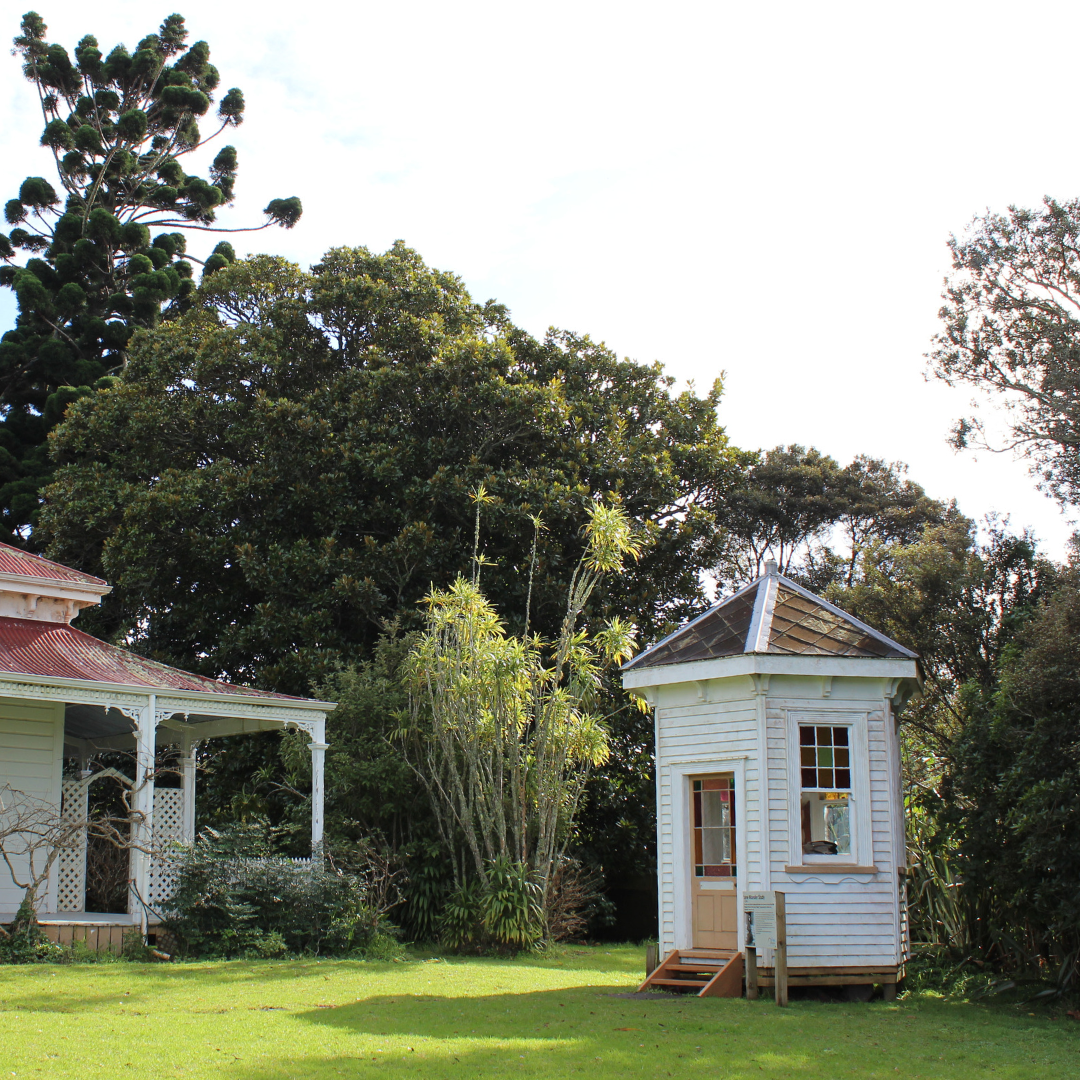 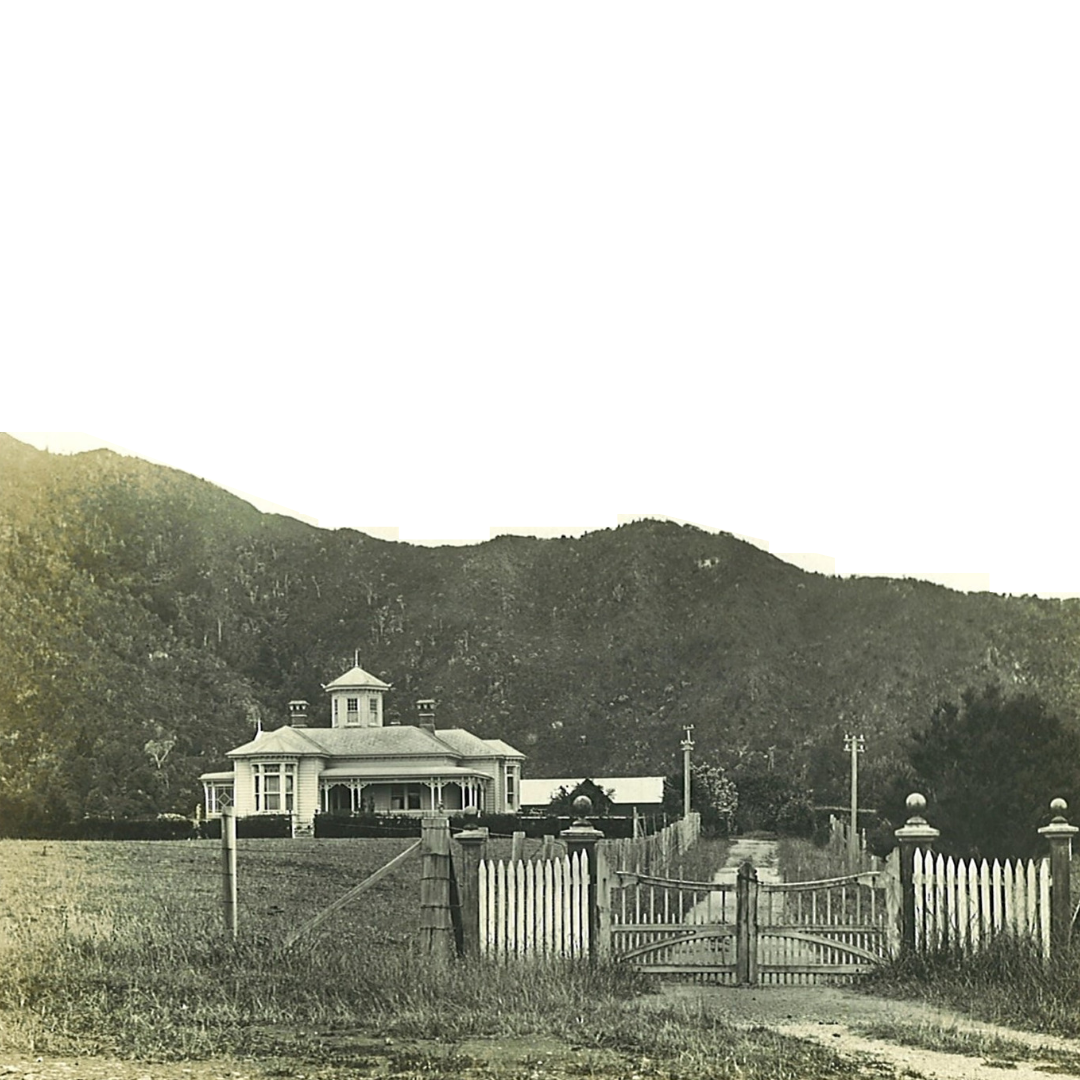