Surgeon's clock, a fine example in our collection

"This clock was presented to Surgeon F.F. Brady by the officers of the Cunard HMS Cephalonia October 1884". So reads the brass plate attached to the base of the clock. 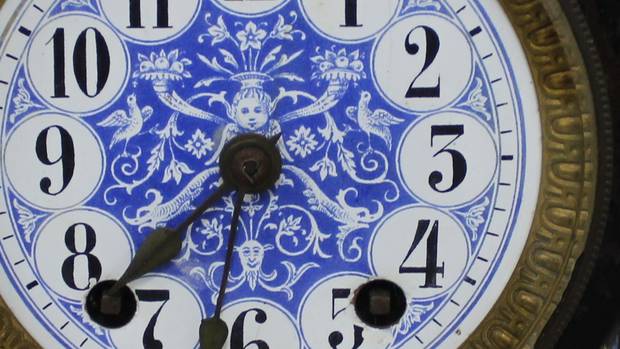 A close up of the German clock of the 1880s made by a clock making firm of Winterhalder and Hofmeier.

HMS Cephalonia was an early steamship, with both funnels and sails, and travelled between Halifax in Nova Scotia and England under the Cunard flag in the latter half of the 19th century.

Halifax was an important base for English interests and was the port the survivors of the Titanic were taken to in 1912. This ship went on to carry troops to Cape Town in South Africa during the Boer War, and was later sold to Chinese interests and renamed the Hailor.

This clock came to Whangārei Museum from Ireland, donated by M. Clarke when her grandfather died in 1960. It is a German clock of the 1880s made by the firm of Winterhalder and Hofmeier.

The factory was established by Winterhalder in 1810 and later went into partnership with Hofmeier in 1850. Hofmeier was recognised as one of the finest of all the Victorian era clockmakers. 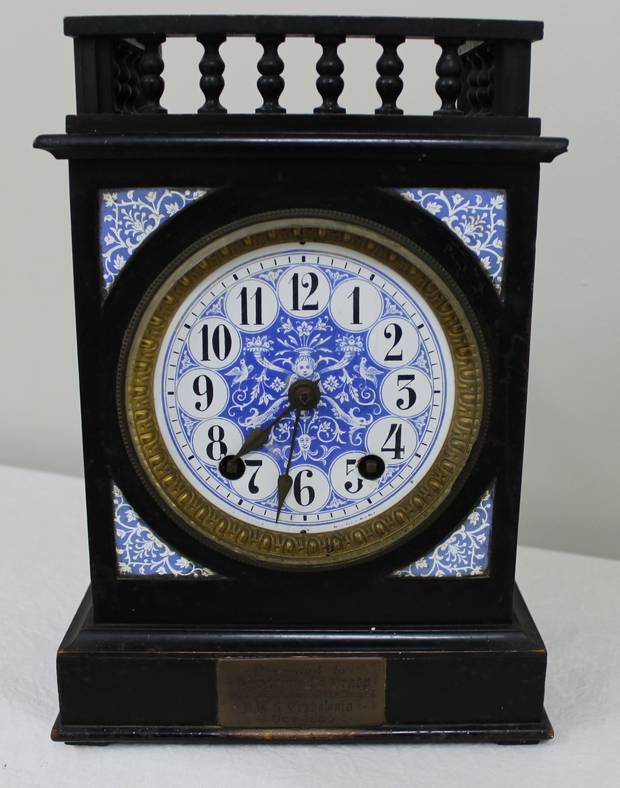 Their factory, in the Black Forest region of Germany, employed over 800 workers. German clocks were exported all over the world, to England, Russia, and America, particularly between 1900 and 1910.

World War I impacted on production, however Winterhalder and Hofmeier managed to keep the business afloat. The likelihood of another World War proved too much and the factory closed for good in 1937.

This clock case is made of wood and is known as a galleried style with an aesthetic movement; it is a mantel clock, striking on a gong. It has an ornate blue and white ceramic dial decorated with birds, flowers, and sprites.

Mantel clocks or shelf clocks are relatively small house clocks traditionally placed on a shelf or mantel above the fireplace. This style of clock was first developed in France in the 1750s.

The shelf clock has its movement supported by a seat board, in contrast to wall clocks which have movement attached to a backboard. The movements were mostly brass and could run anywhere from 30 hours to eight days between windings.

Clocks are often handed down through families, so Whangārei Museum is fortunate to have this fine example in its collection.

Volunteer at the Whangārei Museum.