Before the marvellous advent of the internet, and more recently the likes of Skype and Zoom, what did teachers do when their students were kept at home?

A lot of us tend to think of our experiences of the current pandemic as being isolated as a unique incident disrupting our lives. However, history has been full of similar pandemics or natural disasters that have disrupted people's lives.

New Zealand's young people have in the past been kept home from school by various incidents such as typhoid fever outbreaks, world wars, snow storms, floods and on a much smaller scale, lack of access or transport.

Soon after the end of World War II our country experienced a polio epidemic that closed schools nationwide.

Following World War I, Poliomyelitis had surged across New Zealand on several occasions causing fear for the health of susceptible youth throughout the country. Only by the 1960s was polio eradicated in New Zealand through vaccinations.

During an epidemic starting in the summer of 1947 the next school year was cancelled until May 1948. Schools remained closed across February and children remained at home.

As a teacher at Kowhai Intermediate School in Auckland, Bertram Franklin Shepherd developed a set of notebooks which the school self-produced for children to take home with them to continue their studies at home. 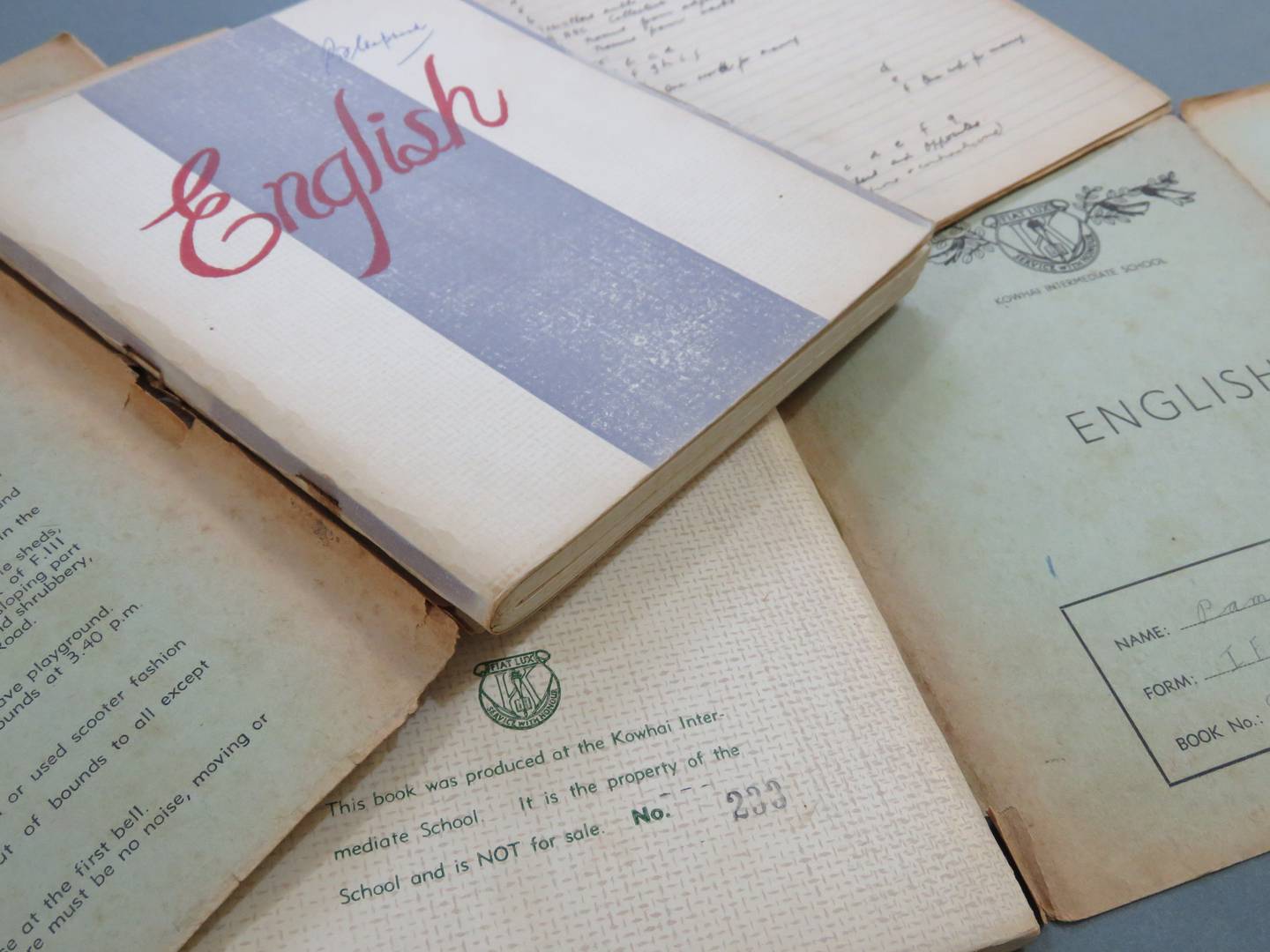 Detail of the homework books for the 1948 polio epidemic. Photo / Supplied

Four of these books with corresponding answer sheets were donated to Whangārei Museum by Bertram and his wife in 2002, because of the Shepherd family's connections to Northland schools.

At the time, educators around the country were coming up with novel ideas to reach students. The Correspondence School broadcast lessons via radio and other teachers like Bertram Shepherd sent physical homework.

Kowhai Intermediate's homework books in Whangārei Museum's collection contain multi-choice and written questions for Form 1 and 2 English and comprehension. Each book belonged to a different student.

We are fortunate they recorded their names in the back covers - Pam Davison, Ken Ronald Kelly, Jim Burgess and Rosalie Vendt.

Here is an example of one of the Form 1 English questions:

"Here are Nouns that name Qualities, Feelings, Actions and States of persons or things:-
Whiteness: weight: length: hate: courage.
Think of 12 more of these and use each of your own in a really good sentence, underlining the NOUN."

Additionally, the school rules have been printed in the front cover of each book. These help to imagine the structure of school life once returned to normal, hopefully without the injury or loss of any students to infantile paralysis, as polio was called. When at school, pupils were told they "…must walk on their toes and in single file in the corridors" and that "Quietness in classrooms is essential at all times".

Teaching runs in the family. Bertram Shepherd also taught at Okaihau District High School and later was the principal at Kamo Intermediate. His father Arthur James Shepherd taught at Tahekenui School in the Hokianga then later became the head of Warkworth District High School. His sister Lilian also taught at Oruru School. Bertram's cousin Robin has also had a long history of teaching around Northland District.

It is curious that at the front of each book the rules of use have been written and include: "1. Take care of this Book- it is the property of your School." And "2. Do not write your name in it or mark it in any way."

However, the school publishers have then included a printed section in the back cover in which to write a name, form and book number. I suspect that the covers were added as an afterthought as they are much plainer than the inside title pages and also add on the school rules which seem pointless for pupils to take home with them.

Perhaps they show the rush with which these educational tools were put together to service students stuck at home or were added later to recycle such good quality books.

Either way they make me think of all of the products and services that people have come up with during our lockdown period - I wonder which ones we will be recycling over the coming year?