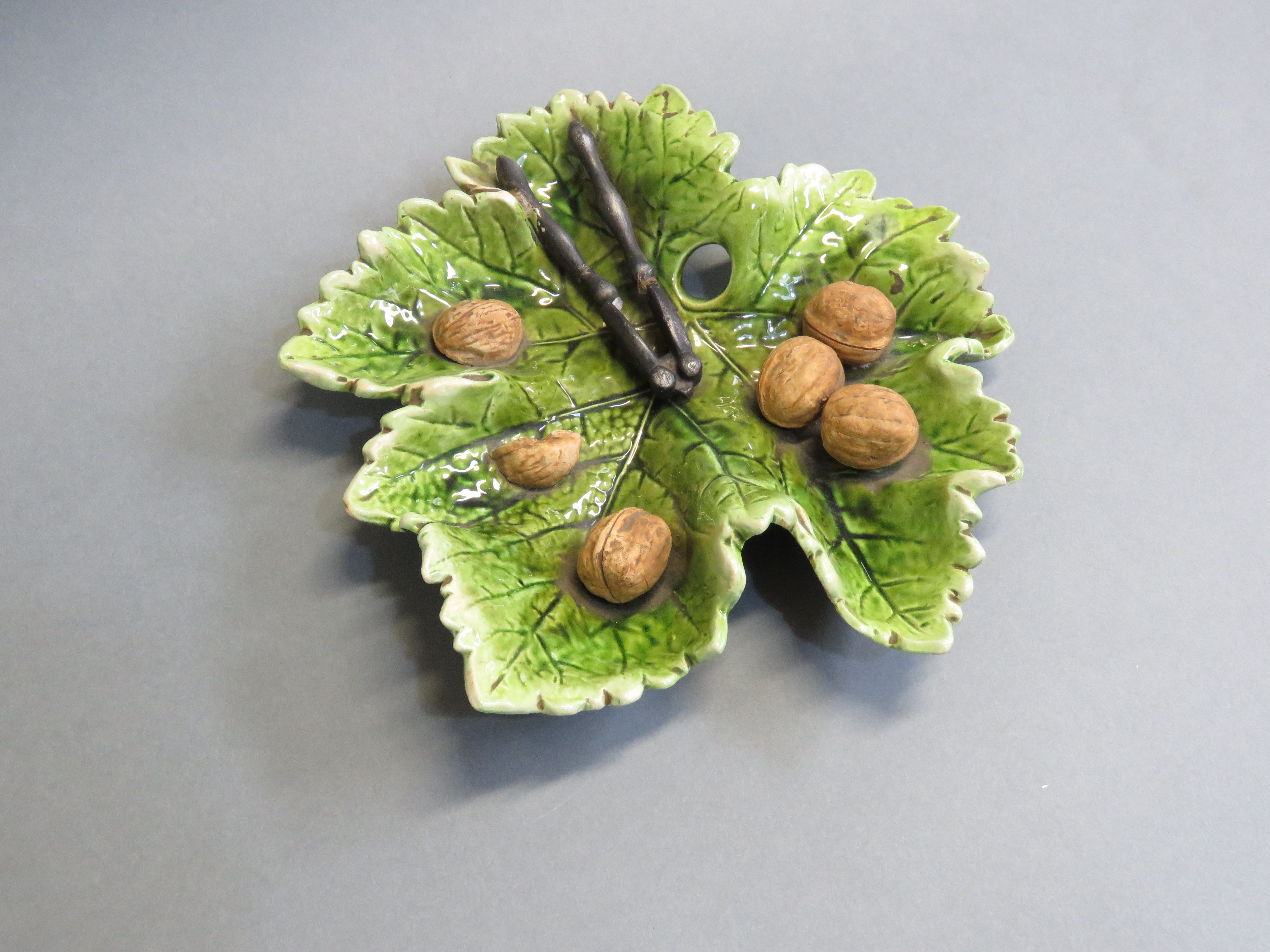 While looking through Whangarei Museum’s collection of ceramics I found a strange looking green dish in the shape of a leaf. Attached to the leaf were several objects that appeared to be walnuts as well as a nutcracker. Why would anybody want to glue these items to a dish?  When I began to research the dish, I discovered that the walnuts and the nutcracker were part of the dish and were ceramic in nature. How strange.

This dish is in fact an example of art pottery from the Bretby Pottery in Derbyshire, founded in 1882.  The co – founders, Henry Tooth and William Ault went on to win a gold medal at the 1884 London and International Exhibition, held at the Crystal Palace, for their quirky pottery.

In 1887 Ault and Tooth went their separate ways though Henry Tooth continued with the Bretby Pottery and several generations of his family kept the business going until it finally closed in 1996. The Heritage Trust in England is now trying to raise funds to restore and preserve the buildings. Certainly  a business such as the Bretby Pottery that survived for over a hundred years is worth preserving.

Our dish is dated 1887 and no doubt someone bought their precious dish to New Zealand when they immigrated. I found further examples of this style with a plate of Huntly and Palmer biscuits and tomatoes in a bowl.

There are many examples of Bretney pottery to be found on the internet. They made a great variety, some for everyday use, but most purely as an art form. Many pieces are brightly coloured and in weird shapes, a tribute to the skill of the potters. Art pottery was generally only made in small quantities, mostly between about 1870 and 1930. The objects produced are mostly decorative vessels such as vases, jugs and bowls and the like of which are sold singly. The term originated in the later 19th century and as such was the work of highly skilled hands of potters. The term implied both a progressive design style and a close relationship with the Arts and Craft movement and a reaction to the technically superb but over ornamented wares made by the large European factories. The potter’s wheel was still the favoured tool of the art potter rather than mass production. The two leading countries to produce art pottery were Britain and France.

Perhaps you have a piece of Bretby pottery in your china cabinet. Treasure it if you have. 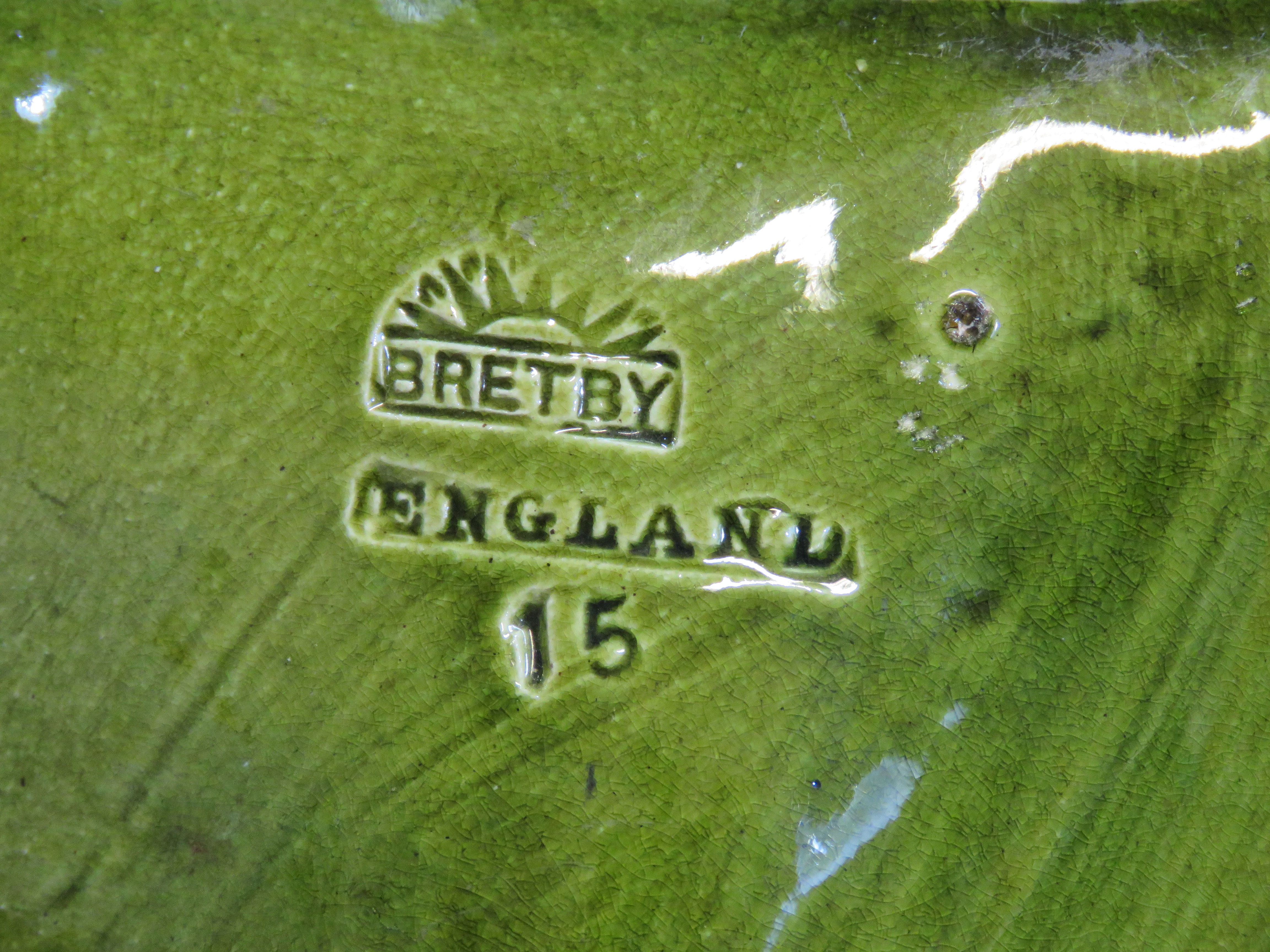