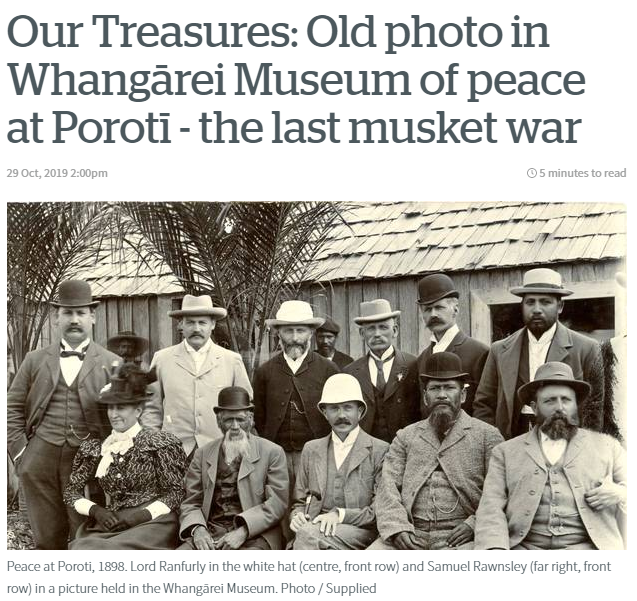 The number of historical objects within individual museum collections can number in the tens of thousands. Whangarei Museum at Kiwi North has a collection containing over 80,000 objects. But how do we fit them all into our discrete institutional buildings? While large storage rooms, clever shelving and even offsite storage facilities are key to caring for these collections of communal history, the answer lies with the careful filing away of thousands of small objects such as shells, insects, documents and photographs. As we enter further into the 21st century the increasing occurrences of digital material and collections poses both growing possibilities and challenges.

Clearly the majority of these artefacts, particularly those small in size but great in number, are not on display but they exist to form the major, but lesser known, role of museums- the reference library. Now the sparkle that a good story or personal memory brings to life and inanimate objects even such as broken bottles is a key reason I got into heritage myself, but my increasingly growing interest is the magic of photographs. Photography has been around since c 1840, but for me the most exciting phase is the end of the 19th century when photographic techniques, like many other technologies at the time, had reached a stage where it was a popular and accessible form of art and recording to the masses internationally. Here we have a sudden abundance of recordings of everyday people doing everyday things, more so than at any other period of time before. Photographs fill in the gaps left by other documentary heritage like letters, advertising, and art and help provide (mostly) true accounts of who, what and where.

A very interesting photograph is part of a new upcoming display at Kiwi North and connects to a fascinating event in the lower Mangakahia Valley; one which is not often recognised for its significance. Since the 1860s the beginnings of international immigration to rural Mangakahia, Purua and Whatitiri areas inland from Whangarei was felt by the local residents. The industrial potential of the fertile land, large forests, and extent of kauri gumfields all accessible by the mighty Wairoa River and its tributaries led to increased Government surveying, settler land purchasing, and leasing of land for farming, milling and gum digging in the 1870s-90s. This area had historically been a crossroads and witnessed many intertribal battles between the various arms of Nga Puhi and Ngāti Whātua. Added to this mix was further colonisation and resettlement, including dubious land sales and purchases, alienation through debt and enforcement of modern services like churches, roads and bridges.

Māori division over land in the Wairoa and Mangakahia areas had simmered since 1833 and led to two pakanga (battles) in the late 19th century. The first in 1862 was a battle over ownership of land at Hapairua-Waitomotomo, near the Mangakahia River. Then 20 years later, similar parties again had differing claims over land near Porotī. Although the major period of the ‘Musket Wars’ ended in the 1830s the Porotī “Gum War” of 1888 could really be called the last inter-tribal musket war of Northland. Samuel Rawnsley had a gum empire in the Whangarei District, with the right for his employees to dig land all over the district and stores in Whangarei town, Titoki, Parakao and Porotī for his firm ‘Samuel Rawnsley & Co., Exporters or Kauri Gum, Flour, Grain and General Produce Merchants Poroti’. His attempt to pay a ₤300 royalty for a year’s digging rights on leased land just west of Porotī to Chief Taurau Kukupa of Te Uriroroi was again disputed by Matiu Te Aranui of Te Uri o Hau. After two months of arguing and occasional shooting, hundreds of Māori assembled at Porotī. Hikurangi troops thundered through Whangarei on horseback, terrifying the town residents who prepared to evacuate. An attempt to equally divide the money resulted in an outbreak of periodic fighting, killing three men and severely wounding many others over a couple days. Much more detail about the complexities of the dispute can be found elsewhere including in newspapers published straight after the event.

At the time Chief Taurau called for peace and asked the Maori Land Court to intervene, but the dispute continued over the following years due to disagreement with the court’s decision. Government officials, Sir James Carroll, the Minister of Native affairs, and Lord Ranfurly, the Governor, were sent from Wellington in 1897 to mediate with the hapu at Porotī. Gray Tito and Pomare Kingi spoke against Rewhi Potaai and Eru Hiri and the dispute was settled.

The photograph in Whangarei Museum’s collection depicts the group after discussions at Porotī. We only have on record that Lord Ranfurly is in the white hat centre, front row and Samuel Rawnsley is sitting on the far right, front row. Presumably the woman is Samuel Rawnsley’s wife who was present throughout much of these activities but the rest of the people present are unnamed. The building behind is suggested to be the Porotī Marae. Any further details would be much appreciated to enhance this important record of such a crucial point in Whangarei’s history.