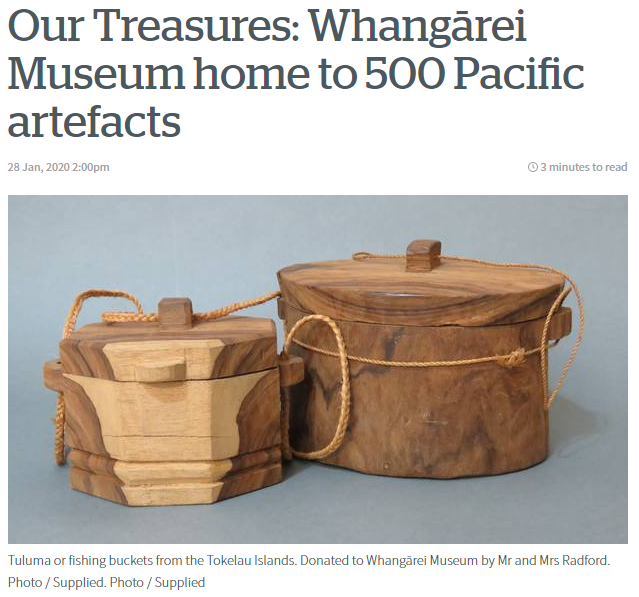 New Zealand Aotearoa was the last permanent stop for humankind in the Pacific Ocean. Since its settlement by East Polynesians sometime between 1100 to 1300 AD New Zealand has developed its own unique identity, formed by the number of cultures to have since joined the first travellers. The collections of Whangarei Museum reflect our multi-cultural identity and Pacific origins, in particular our large ethnology collection. Ethnology is an area of anthropological study aimed at investigating culture and human behaviour and is connected to Ethnography which is the more targeted study of specific cultures. In its infancy in the eighteenth century the focus of these studies was on understanding non-European cultures which did not have written languages to record histories and traditions, as with many of the Pacific islands. The fieldwork and material culture collecting aspects of this study remained popular throughout the twentieth century and has resulted in many private and institutionalised collections throughout New Zealand.

Whangarei Museum cares for nearly 500 such artefacts collected from Pacific Cultures.  A small portion of these (43 items) were collected by Mr. and Mrs. Radford of Whangarei between 1932 and 1938 and donated to the museum in 1966.

The Radfords’ collection contains daggers, hats, baskets, pottery, bark cloth and even a python skin which were either bought or gifted to the couple while living in Sarawak, Borneo. Mr. J. B. Radford worked for the Lands and Survey Department before the Second World War when they returned to New Zealand, but the couple loved the Pacific so much that they regularly returned to Samoa.

Two of their pieces are simple in design but are of importance to traditional Polynesian lifeways. Wooden vessels are very common throughout Polynesia, both historically and now, but these particular vessels suit a specific function. Carved each from a single piece of wood (possibly from the kanava trees on Atafu), these two wooden containers or buckets from the Tokelau Islands are called tuluma or fishing tackle boxes. Of a clean, functional design, the hexagonal shaped container is a less common form. Each has a simple carved lid which sits tightly against a flange around the opening keeping the internal objects dry. A plaited or twisted coconut fibre cord is strung through the handles and raised knobs to keep the lid in place. Measuring a maximum of 20 cm by 15 cm these small containers were used for carrying fishing equipment at sea or small objects at home and were often given as gifts. Much larger tuluma were also made for carrying items like blankets. Other cultures such as on the Ellice Islands also use tuluma or turama to carry treasured objects on ocean voyages.

As the Tokelau island group consists of three coral atolls, the ability to successfully fish in the island lagoon and surrounding waters as well as to travel to other island groups like Samoa were crucial to the survival of the small populations living there. As wood is scarce on these small atolls the value of such containers to everyday life is evident. The use of coconut fibre in the cord owes to the reliance of breadfruit and coconut trees in the Tokelaus. While not as showy as some of our collection’s counterparts these small containers have changed little over time and continue to be used today; therefore adding richness to our understanding of these cultures.