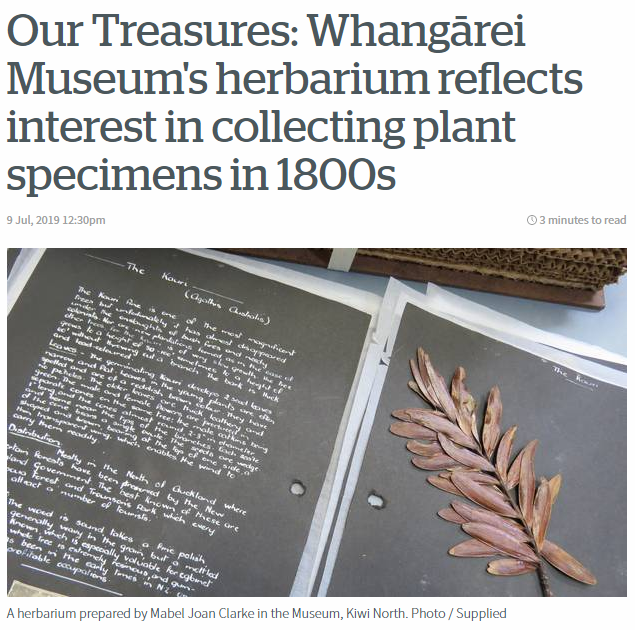 People have always been interested in collecting objects and organisms, storing and exhibiting them in different ways.  For example, botanists have stored pressed plants in book bindings since the Middle Ages. By mounting them onto paper in a permanent fashion this preserved the plants as a record to be studied, heralding the way for botanists worldwide.

The term ‘exsiccata’ was first used in the 1800’s to mean simply ‘a collection of pressed plant specimens’ while albums of dried plants were known as hortu siccus, literally ‘dry garden’ or hortus mortus, ‘dead garden’. Traditionally, herbarium collections were kept in bound formats, stored in a library, and cited like books.  Many formed fascinating and valuable collections of native and exotic plant forms as well as wild and cultivated herbs and flowers.

A significant collection of herbaria can be found at Whangarei Museum, some dating back to the early 19th century.  It appears that collecting botanical plant specimens was a popular pastime with scholars and amateur naturalists, with some of the results present in the Museum stores covering over 200 years.

One herbarium in particular comprises a series of native North Island plant samples collected and prepared in the 1930’s by Mabel Joan Laurence, a descendant of Dr Alexander Clarke of ‘Glorat’.  Mabel, or Joan as she was known, was the daughter of James McLean Clarke and Mabel (nee Armstrong), and was residing in Auckland when these native examples were assembled. 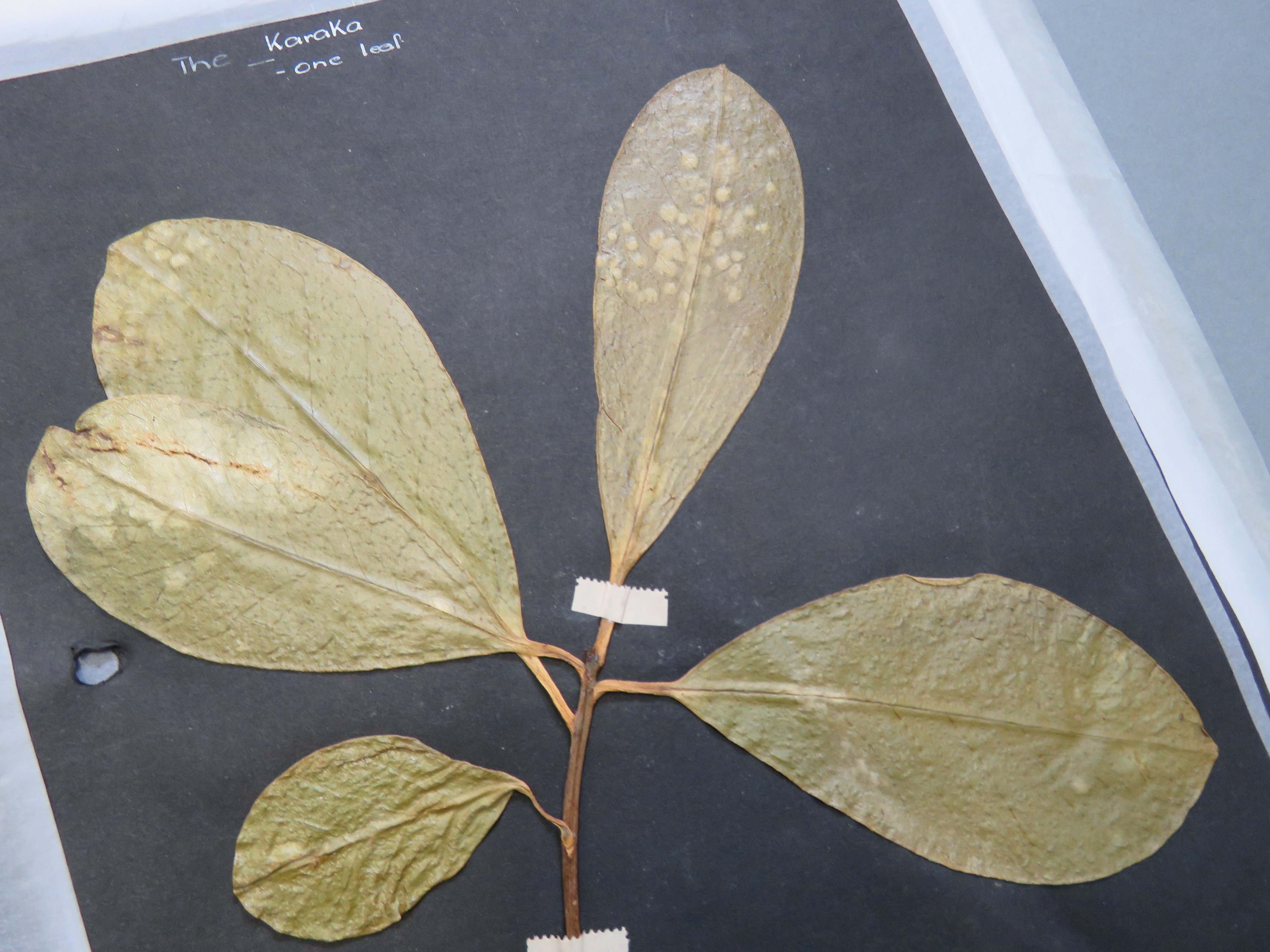 An example of Clarke's work with handwritten information on each sample meticulously pressed and dried before being mounted on to individual loose pages. Photo / Supplied

Unmarried at the time, Miss Clarke was attending Auckland Teachers Training College and living at nearby ‘Rocklands’ in Gillies Ave.  Rocklands was one of Epsom’s earliest grand old 19th century mansions.  The 26 roomed substantial homestead was built in 1865 and was the family home of Thomas Gillies, a farmer, lawyer, politician, judge, amateur scientist and naturalist.

Rich in history, Rocklands has since been used for a variety of purposes, including a hunting mansion, a private hospital and at the time of Joan’s stay a student hostel for out-of-town women attending the nearby Training College.  It was while lodging here that Miss Clarke undertook the collection and observation of her flora samples, believed to be part of her formal teacher’s training and which are now in the Museum’s collection.

The substantial home and surrounding gardens were a passion for Gillies.  Apart from the house, Rocklands was notable for its landscaped parklike setting where Gillies had imported and planted many trees including a variety of exotic species.  His fervidness for gardening was enduring and he became overtly concerned about the fast diminishing kauri.  Perhaps it was his botanical legacy at Rocklands which Joan witnessed, that encouraged her to identify and preserve the samples in her herbarium, including the precious Agathis australis (Kauri) which she too noted was almost disappearing.

Like Gilles, Miss Clarke has also kept extensive handwritten annotations on each tree, examples of which have been meticulously pressed and dried before being mounted onto individual loose pages, following the later trend of Linnaeus moving away from bound herbaria. Despite being nearly a century old, many have retained their original form and are distinctive in their appearance.

Assembling herbariums was a respectable, absorbing pursuit with books or pages compiled filled with a mixture of illustrated natural history, scientific observations and fragments of dried plant life.  The botanical samples assiduously prepared by Miss Clarke are the product of just one inquisitive mind, decoding the plants idiosyncrasies and serving as a delicate aide-mémoire of our most precious native trees.