The Heritage Park has a collection of historic buildings demonstrating Northland’s early colonial architectural history between the late 1850s to the early 1900s.

CLOSED Saturday 18 July- Until further notice the homestead will be closed to the public as an attempt to keep the winter damp out. This will also mark our intent to move into the second stage of Glorat's conservation project.

Dr Alexander Clarke and his family arrived from England and built a kauri homestead and out buildings including a barn, butchery, laundry, dairy and milking parlour. Three generations of the Clarke family owned the property and worked it as a farm for nearly 90 years. The Clarke Homestead was purchased by the museum in the 1972 and provides us with a unique insight into early settler life. There are very few original family homes -such as this - that exist as museums, together with associated buildings, in their original environment, and contain the paraphernalia and possessions of one family. 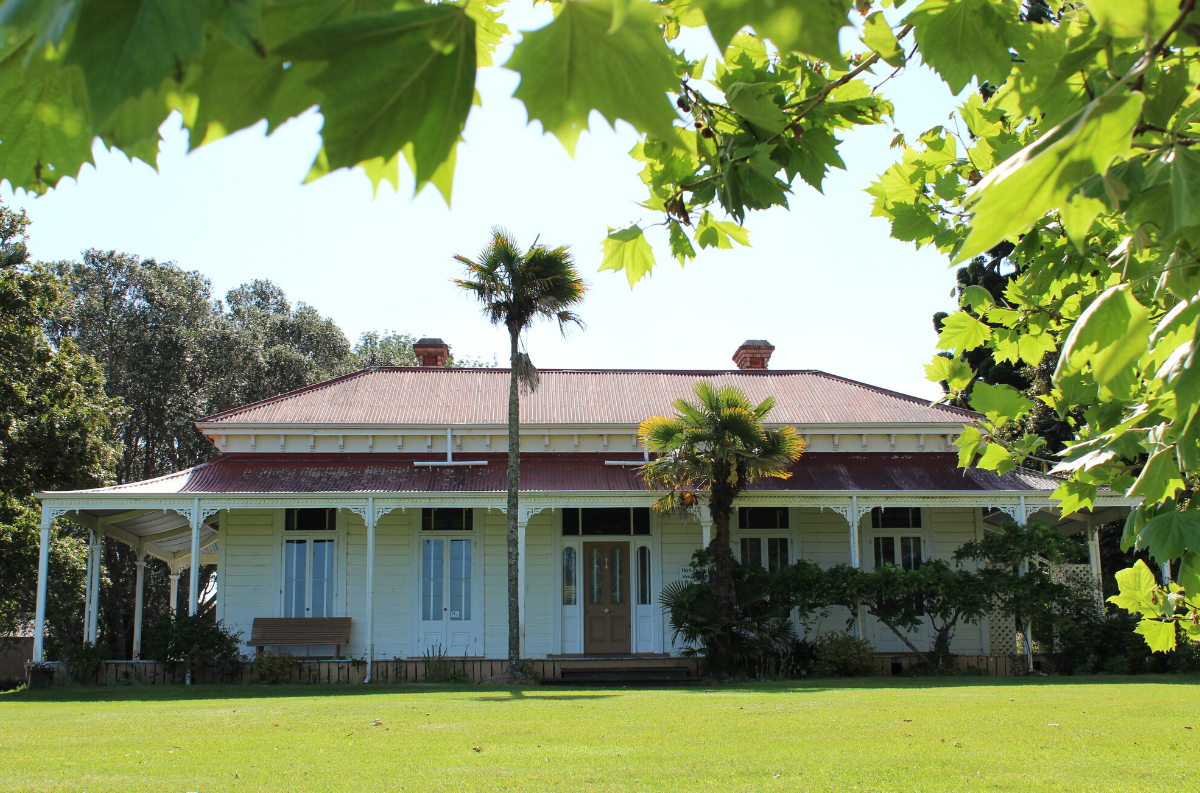 Believed to be the smallest octagonal chapel in New Zealand, and possibly the world, is made from a single kauri log. It was originally situated in Doubtless Bay in the Far North. The Chapel was moved to the Heritage Park in the 1980s and is used for special occasions such as weddings, christenings and seasonal celebrations. In November 2019, we celebrated the completion of the Oruaiti Chapel conservation project. The chapel not only looks amazing but at 160 years old,  should stand for another 100 years! We could not have even started this project without funding support from the WDC Partnership Fund, Foundation North, Lotterys Grants Board and the Sir John Logan Campbell Residuary Fund. Thanks to all who joined us especially the descendants of the Ball and Foster families, Rosalie Gwilliam, project heritage consultant David Reynolds, our very busy mayor, Sheryl Mai and the amazing team from Kerr Construction. Learn more about the history of the building HERE. 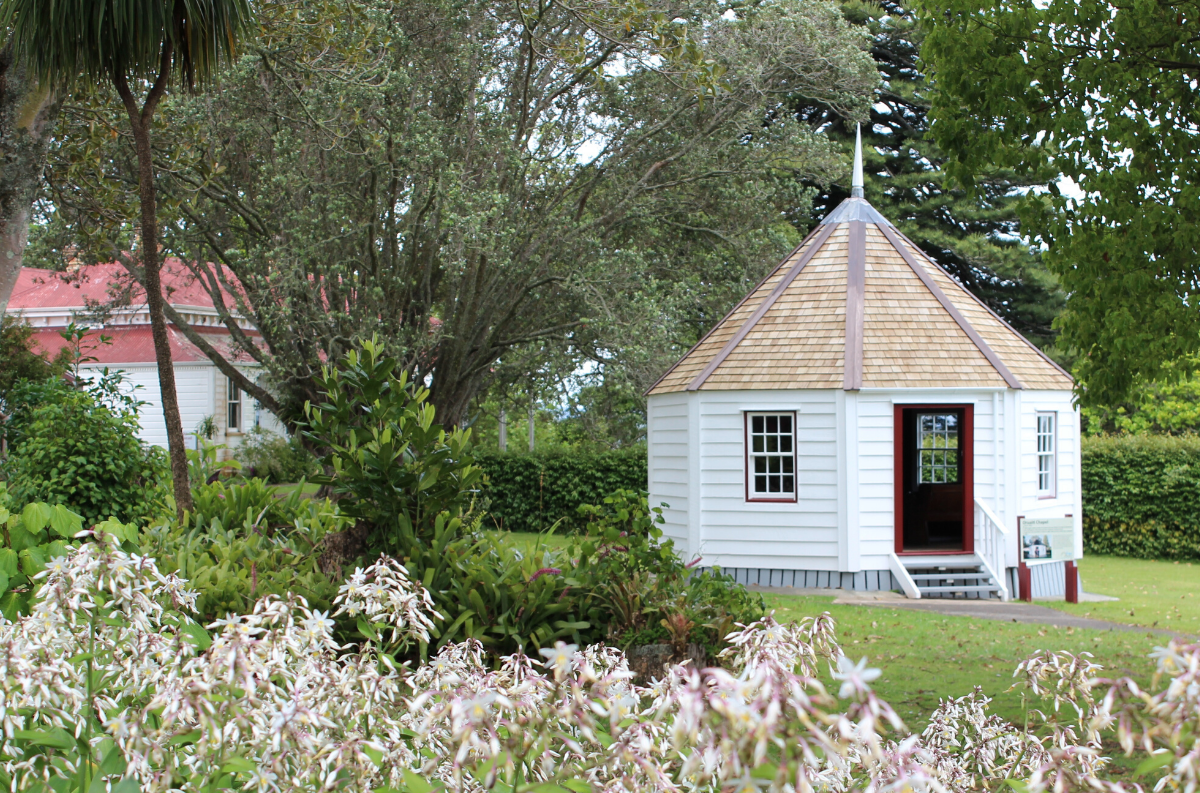 Originally a single teacher school, open for three days a week, Riponui Pah School provided education for the local children in the Whangarei District. The school closed in 1945 and a year later moved to nearby Hukerenui where it was used as a library. The building is an excellent example of school design of the times and is now displayed as it may have looked in early Edwardian times. Learn more about this building. 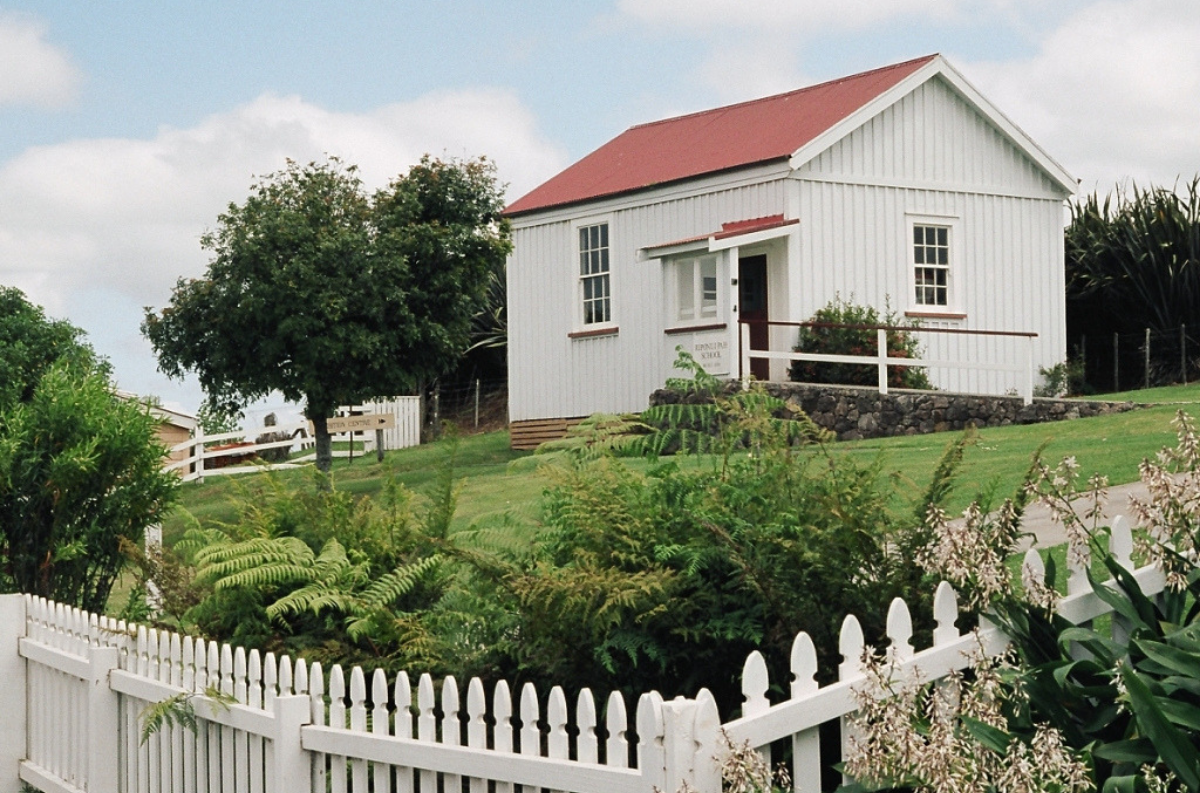 One of New Zealand’s most well known authors Jane Mander wrote in this unusual turret which was originally located on the roof of her family home in Whangarei. The Study is used as a photographic backdrop for weddings and other special occasions. Learn more about this building. 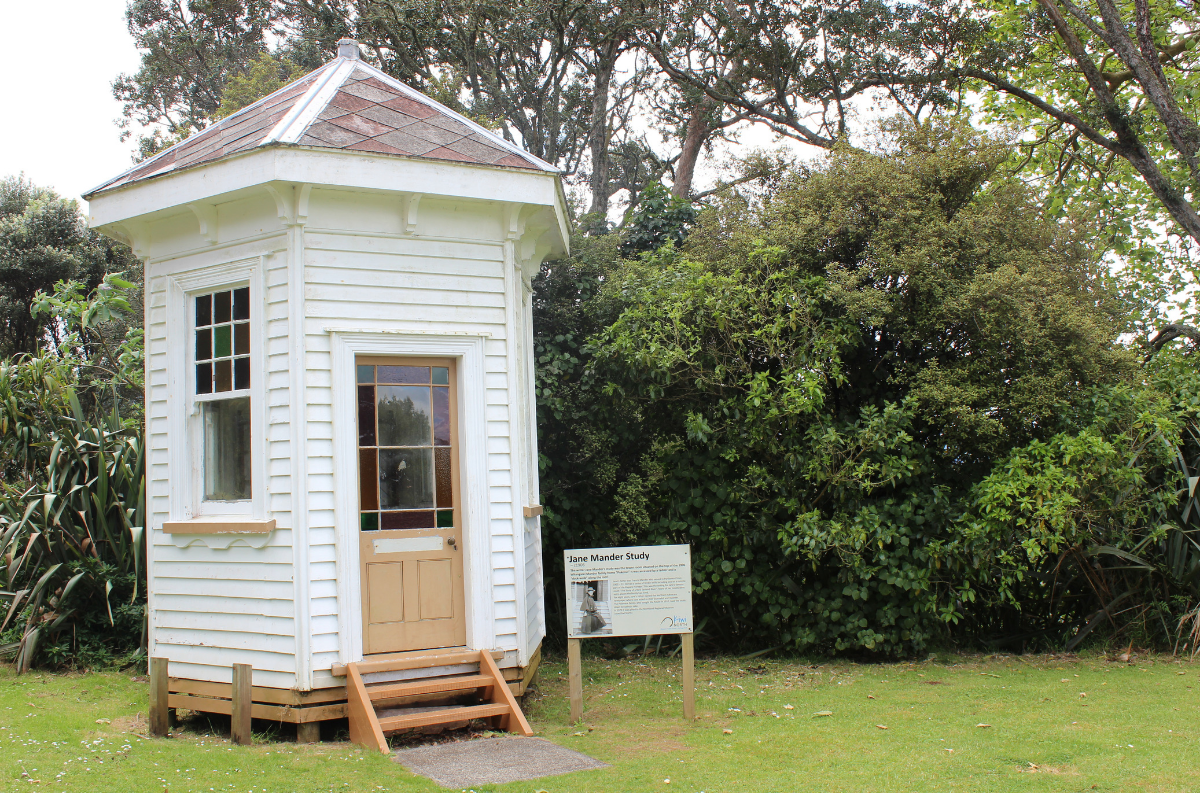 Originally located between Clyde and Cameron Streets in Whangarei this basic two cell women’s jail demonstrates life on the other side of the law in the early 1900s. The Women’s Jail stood beside an eight-cell jail for men and the police sergeant’s house. Learn a bit more about this building HERE. 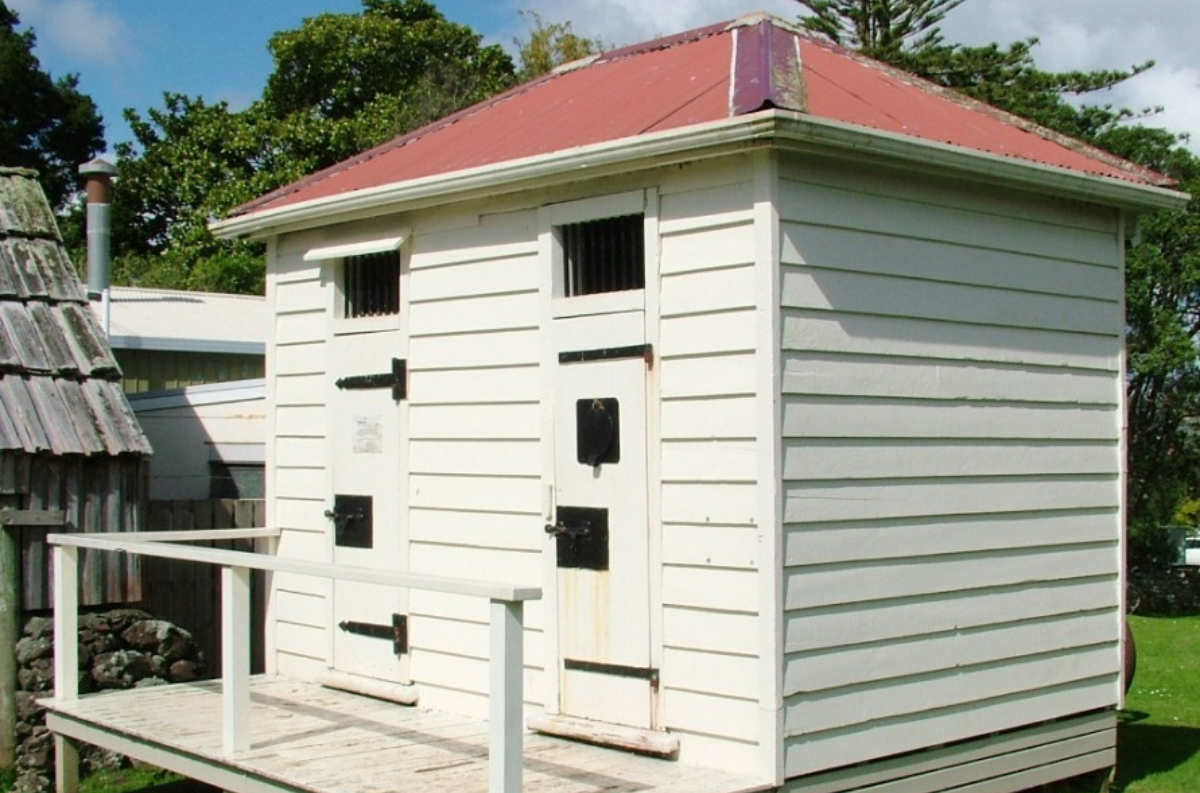