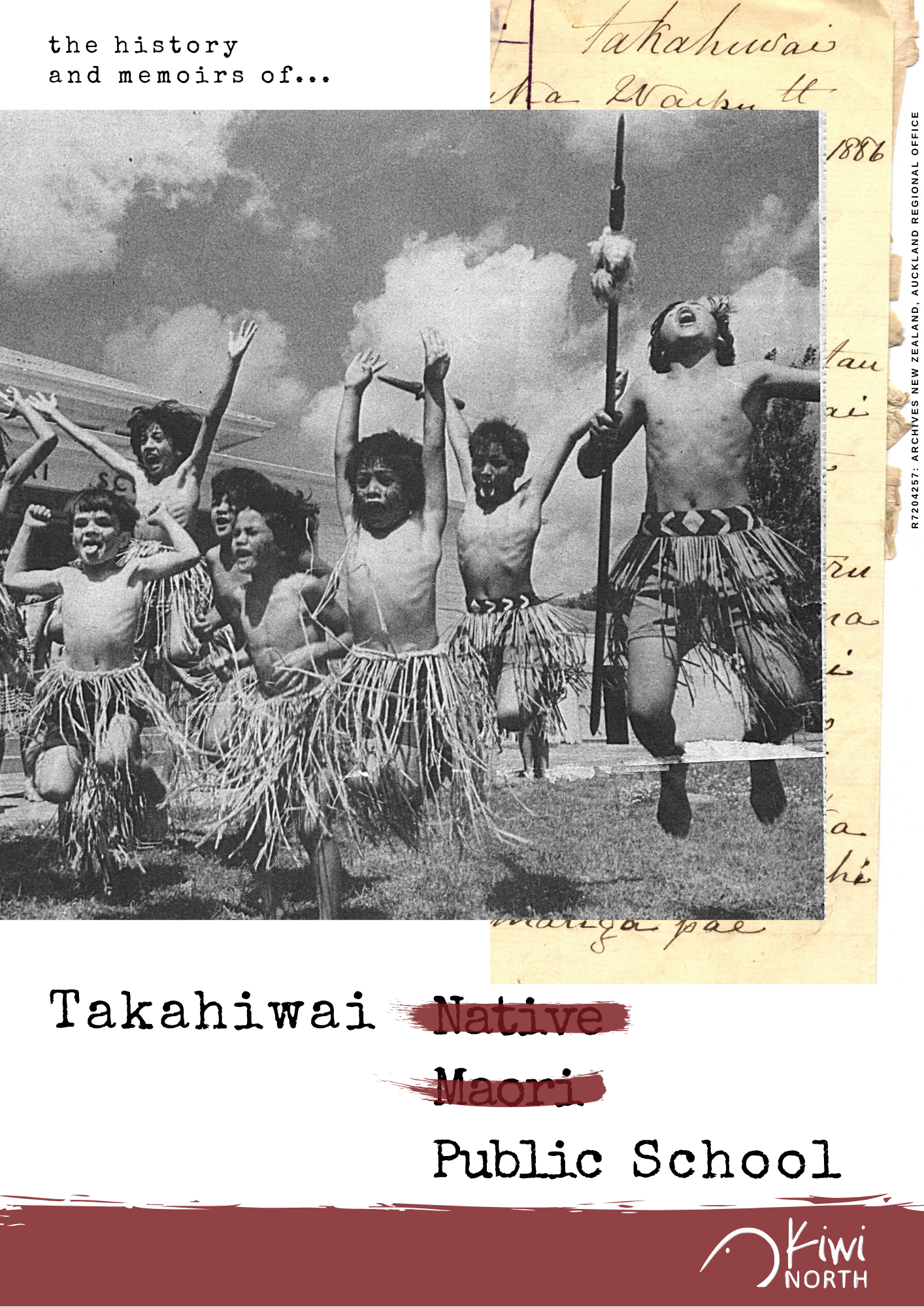 Several small schools have been established in Bream Bay over the last 150 years. At the heart of tiny farming communities, these schools held the hopes of  locals’ for youth education and opportunities but were also tools of a national assimilation system.

Takahiwai School, on the southern edge of Whangarei Te Rerenga Paraoa Harbour, followed the pattern. Founded in 1899, Takahiwai School opened as a Native School, recycling buildings from Taiharuru, across the harbour. The school was later termed a Māori School and finally was one of the first New Zealand Schools to electively join the Public School system. Despite changes to the school’s identity and resourcing, Takahiwai School remained central to the education, mischief and social activity of Takahiwai’s youth for nearly a century.

The recollections shared in Kiwi North’s new exhibition are testament to the importance of the small school and its teachers to this largely Māori community. Their experiences reflect many others growing up throughout rural Northland.